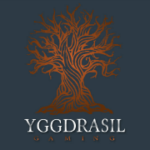 Another online slots millionaire has been minted. This time, the life changing spin that made one lucky player $1.5m richer in an instant came on Yggdrasil Gaming’s hugely popular (and lucrative) Empire Fortune game.

Empire is one of the most popular progressive games on the internet, and with good reason. It shares its progressive jackpot with another Yggdrasil title, Joker Millions. Together, the two games grow the combined jackpot so quickly that it seems one or the other is continually paying out for incredible sums of money.

While it’s not uncommon for online slots to create brand new millionaires, even the most ardent online casino enthusiast has had to admit that the reels are hot as of late. Yggdrasil slots especially have been paying out huge sums nearly daily. Joker Millions just paid out for seven figures in the last few weeks, and now Empire Fortune quickly followed up in kind.

All of this winning has even attracted the attention of Yggdrasil’s CEO, Fredrik Elmqvist. In a recent statement, he gave a tip of his cap to the winning players who have seen their lives changed forever.

“Out jackpot pools have been very generous of late and its great to see one of our players winning a life-changing sum of money on Empire Fortune,” he said.

But even while paying homage to the insane amounts of money collected by previous winners, Elmqvist still turned his attention to those currently spinning the reels in the chase to become the next online slots millionaire. His thoughts? Despite all the recent wins, players shouldn’t expect their hot streak to finish anytime soon.

“Our progressive jackpots have now paid out almost €10m in their last three drops, but with their popularity, I’ve no doubt they’ll be paying out big wins again soon,” he said.