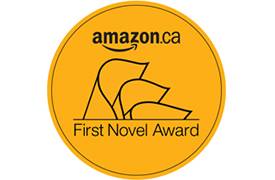 Toronto’s Fours Seasons Hotel has been chosen as the venue of the 41st annual First Novel Award ceremony, which will be held on May 25.

Amazon.ca and the Walrus Foundation, a charitable non-profit organization, have announced the nominee for the award, which is given to the best first novel in English Language published the previous year by a citizen or resident of Canada.

Each of the finalists will be awarded with more than $6,000 in cash, while the winner, selected by a panel of judges, will get additional prizes worth over $40,000.

Though Choice for the Panel

The panel is composed of three well-known and acclaimed Canadian authors – Tanis MacDonald, Casey Plett, and Gurjinder Basran, who will have a little over a month to choose the winner.

The finalist for this year’s Amazon.ca First Novel Award are (listed in alphabetical order):

Tanis MacDonald, the head judge, said it was a pleasure to be a part of this year’s competition. She added all six books deserved to receive the award because of their great range of styles and a common exceptional reach.

As the Vice President of Amazon.ca, Alexandre Gagnon, said, the First Novel Award had a long history of attracting gifted novelist, recognizing their talent and supporting their writing. He added this year was no exception when it comes to the quality of shortlisted novels.