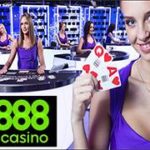 888 has released its earning statement for H1 2017 and the results are not pretty. The UK based online gambling giant posted $17m in losses, easily one of the worst performances it has had in recent memory:

However, the results are being taken with a grain of salt. The reason is the extreme red ink came about due to several factors stemming from different regulatory and tax liabilities incurred throughout the first six months of the year.

Settles with the UK Gambling Commission

The most significant of these was a settlement reached with the UK Gambling Commission (UKGC) for $10m for failing to comply with regulatory requirements. Specifically, 888 failed in its duty to protect problem gamblers by mishandling its self-exclusion options.

The revelation of such behavior was a significant embarrassment, and the company has repeatedly stated it has not only made amends but taken action to ensure nothing similar ever happens again:

“888 takes its obligations as a responsible operator seriously and remains dedicated to providing players with a responsible as well as enjoyable gaming experience,” it said in a statement.

While the admonition of the UKGC is widely considered to be more egregious, the largest financial hit contributing to the loss was a $45.3m bill that came in from Germany.

The incredible sum was the result of 888 failing to pay potential value added tax (VAT) on its German operations until 2015.

Although $17m is a huge loss by anyone’s standards, there is still little worry about the overall, longterm health of 888. The financial report also stated that revenues — both pre-tax and pre-fine —  continue to be strong. The company had $270m in revenue during the period, representing a 9% year-over-year increase from 2016.

As long as it can manage to keep itself out of regulatory hot water for more than a few months, there’s no reason to believe that 888 won’t continue its strong performance — and overall profitability — into the future.