A Montréal Resident Wins Millions on the Lotto Max

The $65M jackpot hit will go down in Lotto Max history as the largest so far – the record-breaking amount was won by Giuseppa Lo Giudice Lanteri, who acquired the ticket at Dépanneur Springland in Montréal.

Lucky Giuseppa is not the only winner – her good fortune will rub off on the convenience store that is entitled to 1% of the prize, or, in this case, $650,000. 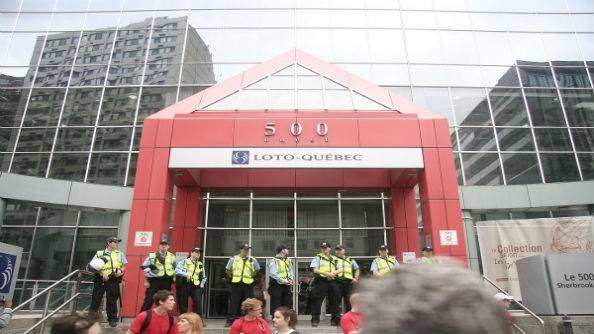 After winning a free ticket through Québec Max, Giuseppa made a seemingly casual decision to add Lotto Max and Extra. As it turned out, the add-on was the one to make all the difference, generating the biggest jackpot in Canadian history.

Loto-Québec’s President of Operations and Vice President of Public Affairs, Isabelle Jean, confirmed that the latest jackpot is actually the second one won in the same area within a relatively short amount of time.

“We’ve never paid out such a huge jackpot! Lotto Max is one of Québec’s most popular lottery draws and we’re thrilled that this is the second Lotto Max jackpot that’s been won here. Just one month ago, a group from Montréal’s South Shore won a whopping $50,000,000 through Lotto Max.”, stated Jean.

Giuseppa and her husband Nunzio plan to invest the winnings towards purchasing a new home in their neighborhood. The couple also decided to give a portion of the money to their family members.

Lottery Winners Who Gave Something Back

Despite the sudden turn of luck that significantly improved their financial status, some lottery winners have managed to keep their head.

Graig Henshaw who won over $21M in 2011 founded several education funds for his family members, set up a scholarship at The University of Western Ontario, and covered his cleaning lady’s school fees.

An elderly couple from Nova Scotia did not allow their newly acquired fortune to disrupt their lives. Allen and Violet Large who won $11.2M spent 98% of the winnings helping their friends, family, the Red Cross, and the Salvation Army.

Tom Crist, Alberta resident will be remembered as one of the luckiest lottery winners, after hitting $40M. Contrary to what one might expect, Crist did not go on an extravagant spending spree. Instead, he set up a trust fund which was to be used for charity donations in honor of his late wife, who had sadly passed away from cancer.

Loto-Québec is a government corporation founded in 1969 with a mission to manage legally regulated games of chance within the province. A major portion of Loto-Québec revenue is coming from lottery games, such as 6/49 and Lotto Max, which has two weekly draws (Tuesdays and Fridays).