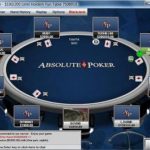 Scott Tom, one of the key founders of the defunct Absolute Poker online gaming site, has struck a deal with the US Department of Justice. The $300,000 settlement will see the charges stemming from online poker’s “Black Friday” dropped.

When the DOJ decided to unleash the online poker crackdown on April 15, 2011, the damage to players was immense. While many were eventually made whole years later, those who frequented Absolute Poker were not so lucky.

Absolute Poker is infamous for being the site where the largest online poker scandal in history took place. Despite being regulated by the Kahnawake Gaming Commission – a Native American tribe within Canada’s borders – upper management was able to create and make use of software that revealed the cards of every player at the table:

The result was a massive theft via cheating that was only uncovered via an investigation by the online poker community itself. At the time, Absolute Poker had this to say:

“All players affected by the security breach will be identified during the audit process that has been initiated and all funds, including interest, will be returned. Absolute Poker would like to apologize for the recent events and is committed to diligently working with outside security firms, auditing firms, the extended poker community and the Kahnawake Gaming Commission to ensure the situation is entirely resolved.”

Kahnawake did eventually fine Absolute Poker $500,000, but it was cold comfort to Canadian and worldwide players who felt their trust had been violated.

Once the scandal became public, the site became less frequented by online players and eventually closed completely. However, between the theft that happened under the supposed eye of a Canadian Native American tribe, and then the later DOJ crackdown, thousands of innocent Canadian players were harmed by Absolute Poker.

Given that fact, it’s likely the Canadian online gaming community will have mixed feelings about the deal. On the one hand, it will provide closure to a very difficult period. But on the other hand, it will also open up a painful wound one more time.