Amaya Is Set to Leave Montreal Under a New Name 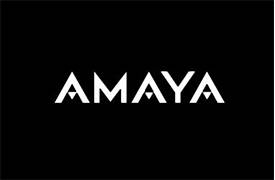 The Canadian gaming and online gambling company Amaya Gaming has been through harsh times in last 12 months and is now planning to make a fresh start. To do that, the company plans to leave its troublesome past behind by changing its name and relocating the corporate headquarters. Since 2004, the year Amaya was founded, the company has been headquartered in Canada’s second most populous city and the capital of Quebec, Montreal. According to plans which have been made public, Amaya will become The Stars Group Incorporated and will move to Toronto.

Waiting for the Green Light

The meeting of the shareholders, whose approval is necessary to make the change, has been scheduled to take place next month, where these plans will be thoroughly discussed. Once the change is given the green light, a new chief financial officer will have to be named, since the current one has announced his plans to retire. This will mark the beginning of a process which will end in moving the head office to Toronto. Rafi Ashkenazi, Amaya Gaming Chief Executive Officer, said the company had decided to make these changes in order to embrace the future of the business and to continue to expand its gaming offer. Ashkenazi joined Amaya Gaming after the infamous affair with David Baazov. Since his arrival at the Amaya, Ashkenazi has been working hard to improve the overall situation at the company.

When it comes to the gaming offer, Amaya has focused its attention to poker, which accounted for ¾ of the company’s revenue in the first three months of 2016, with a slight drop to 69% in the same period of this year. Online casino games, which made up 21% of the revenue during the first quarter of 2016, increased a year-on-year increase of 6%. Amaya Gaming became the largest publicly listed online poker brand in the world, after the company acquired PokerStars brand back in 2014, in an acquisition worth $4.9 billion.