The NBA veterans Tristan Thompson and Cory Joseph are among the 29 players who will attend the national team’s training sessions for the upcoming FIBA WC 2019.

The preliminary squad consists of 17 players who are on NBA rosters and one G league player while the rest are either playing oversees or for university teams. 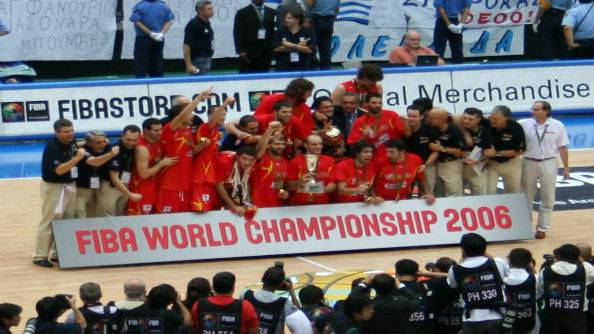 Who Didn’t Get In?

After the full list was published, many were quite shocked to learn that Andrew Wiggins, Minnesota Timberwolves’ SG/SF is, once again, not included.

The highest-grossing Canadian player has not been a part of Team Canada since 2015 FIBA Americas, declining invitations on several occasions. Rumour has it that Wiggins’s family even made a list of demands to be met before Wiggins was to join the team, although this has never been officially confirmed.

In May 2018, speculations emerged about the rift between Wiggins and the head coach Jay Triano, which could have been one of the reasons of Wiggins’s decision to remove himself from the national team. The conflict between the two was triggered after the coach benched Wiggins during the 2015 elimination game, replacing him with Aaron Doornekamp.

The Roster Will Be Finalized after August 6

As soon as the final roster is issued, the Team will play exhibition games against Nigeria and then head straight to Australia. Nick Nurse, the coach who has just led the Toronto Raptors to the team’s first NBA title, stated that the seven friendly matches preceding the World Cup would be essential for strengthening the team spirit.

According to Nurse, his coaching formula remains the same and he will be focused on maximizing the players’ talents and developing “selfless hit-the-open-man offensive mentality”.

The team’s performance at FIBA WC will also affect Canada’s return to the Olympics after 20 years.

Known as the FIBA World Championship up to 2010, FIBA World Cup was founded in 1950 as an international competition between the members of the Federation. The structure of FIBA tournament is similar to the one of FIFA WC –  32 teams are competing for The Naismith Trophy that was initially awarded in 1967.

The Team USA is the current champion, having defeated Serbia in 2014. So far, the USA and former Yugoslavia (which joined FIBA in 1936) hold the record as countries with the highest number of gold medals  – 5 for the USA and 5 for Yugoslavia.