Antigua & Barbuda May Threaten US Government With $250 Million Suit 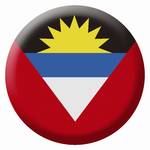 The ongoing spat between the government of Antigua and Barbuda and the United States shows no sign of slowing down anytime soon.

Recently, Antigua and Barbuda brought on Canadian online casino scion and billionaire Calvin Ayre to help them navigate the ever-changing waters of the industry. Lesser known to the general public is that the small island nation’s antagonistic history with the US government goes all the way back to 1994:

Seeking to get out in front of what promised to be a huge economic opportunity for the country, Antigua and Barbuda was one of the first nations to set up an online gambling regulatory environment. So, 1994 — when online gambling was just getting started — saw it create a licensing system that would allow operators to offer their services to players worldwide.

This included the incredibly lucrative US market. However, the passage of the Unlawful Internet Gambling Act in 2006 that completely decimated online gaming in the US, causing huge financial losses for Antigua and Barbuda.

This led the country to filing a lawsuit against the United States with the World Trade Organization (WTO). The suit claimed that by essentially outlawing the online gambling industry, the United States was in violation treaty obligations to eliminate barriers to international trade.

US Refuses To Pay Up

Somewhat surprisingly, the WTO ruled against the United States in favor of Antigua and Barbuda. The US was ordered to pay $21m in yearly damages as compensation. Then — unsurprisingly — the US simply refused to pay a single penny of the judgment against it.

For its part, Antigua and Barbuda still considers itself as being owed that money. Despite repeated attempts to reach a settlement, the US has been obstinate in its refusal to take the judgment seriously or behave with anything but contempt towards its fellow WTO member.

Today, the total number comes to more than $250m. Recently, Antigua and Barbuda announced that it will once again be bringing the matter to the attention of the WTO. However, this will be the first year Calvin Arye will be involved, and it remains to be seen what, if any, impact he can have on the situation.