There is no doubt that the online gambling industry in Canada has been thriving over the years. Since the stigma went from online gambling, the Canadian Gaming Association estimates that the gambling industry generates over C$15 million annually in the Great White North. The growth of lotteries in Canada is what has led to such growing popularity in online gambling. However, it seemed like things were about to change in this capacity, as news of a potential crackdown circulated. Indeed, it seemed that Canadians would not be enjoying such a liberal online gambling environment in the future. A new bill called ‘Quebec’s Bill 74’ appeared to be spearheading a movement to restrict foreign gambling operators from benefitting too much from the revenue online gambling generates in the country. The bill also looked to get local ISPs to block foreign online casino sites and prevent Canadians from being able to spend their money outside of Canada. 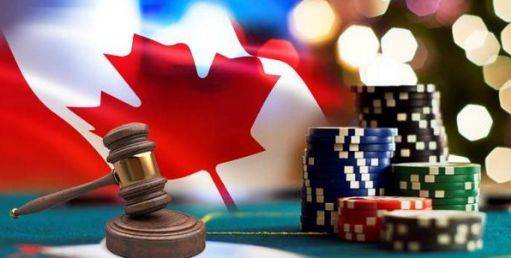 While Bill 74 certainly had its intentions in the right place, this could have had long-lasting problems for the industry. For one thing, the choice would become much more limited for consumers, with over 2,000 gambling websites presented on the ‘block’ list. Were this to happen, and the bill were successfully passed, there could have been the increased chance of monopolies or duopolies forming. There was also the fear that this could have potentially led to an increased risk of illegal and illicit gambling practices, and this benefits nobody. What’s more, if Bill 74 was passed by Canada’s Supreme Court, the likelihood that many of the other provinces might choose to follow Quebec’s lead would be very high. As national crackdown might have severely limited the choice for consumers. But, due to a recent ruling, the bill has been rejected before it even had the chance to be implemented, so we may never know the true impact it might have had. When there was talk of the bill potentially being passed, it was hoped, on the plus side, that it would help local and provincial casinos secure more of the revenue generated from online gambling. And there was talk of EspaceJeux, one of the leading online casinos in Quebec, partnering with international casinos as a result of this. So, it should come as music to the ears of many Canadians that the bill was recently rejected by the Supreme Court. The court ruled that the bill was unconstitutional due to infringing upon federal jurisdiction. The recent court ruling threw out the ideas of the bill, and this is a huge bonus for those who opposed the bill, among them the Canadian Wireless Telecommunications Association, who branded the bill “exploitative.” This development is a definite win for freedom of speech and freedom of the internet in Canada, and is most probably the result the majority of online gamblers were hoping for. It is clear that there are plenty out there who believe the court got the decision right, and hopefully this results in the continuation of a liberal online gaming policy nationwide.