" Slot designer Lightning Box has announced that it is continuing its expansion into the North American market with its first Canadian titles." 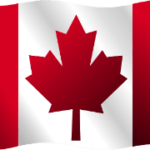 It’s always interesting for Canadian users to see new games enter their territory. Now, it looks as if a promising new designer has just embraced the possibility of the region.

Slot designer Lightning Box Games is a Sydney-based company which launched way back in 2004. It is a team of specialist designers, producers, illustrators, and animators but it was originally just a group of mathematicians.

The company has grown dramatically over the years and now creates games on multiple platforms. Its land-based and social games are already a success but Lightning Box has also been responsible for some hugely successful online casino games and slots.

The company has recently gone through an extraordinary amount of expansion, entering new regions with new titles. Now, Lightning Box Games has launched its first Canadian title with Loto Quebec, a game integrated with SG Digital.

“We’re very excited to have launched Lightning Horseman in Canada, our first game in the country,” said Peter Causley, CEO and co-founder of Lightning Box.

“Though this is our first title there, we have lots of experience in the North American market and this game adds to the impact we have made in real money gaming, social and land-based casinos.”

The first game to reach Canadian territory is Lightning Horseman. It’s a fun and exciting 5-reel game with 40 paylines which is being rolled out in coordination with Lotto Quebec.

The game features some interesting features like the Lightning Respin mode allows for additional re-spins as well as the Lightning Jackpot which has the potential to provide some huge wins. It’s a spooky game with great character that really lives up to the hype.

“Their games have always been well-received across the border and given how well Lightning Horseman has performed already, we’re looking forward to rolling out further titles in the near future.”