Casinos across British Columbia are locked in a tug of war with unions over their workforce. This is something that has been brewing for a while across the province, and things seem to have hit breaking point recently. In fact, news broke earlier this month that union membership is soaring in B.C. at the moment. In fact, just last year close to 50% of all employees working in gambling industries had union membership. This is definitely a positive from the perspective of casino employees. They will feel as though they have big hitters in their corner who are looking out for their best interests. While on the flip side, casinos will worry about the disruption unions can cause to their daily running, not to mention their profits. Indeed, there have been several strikes across B.C. over the course of the year, with Hard Rock Casino employees recently striking for 10 weeks.

Striking is never a positive thing, and always something both sides want to get sorted out as quickly as possible. But, it seems, with greater union power in their corner these days, casino employees are more inclined to take a stand to improve their wages and working experiences. In fact, there have been numerous other strikes as well, notably Gateway Casino workers in Vernon. More than 650 of them went on strike early this year citing the need for better wages. Now, there could well be a number of reasons behind the increase in union membership and casino worker strikes in the B.C. area. One of the major factors could be the recent UNIFOR deals with Great Canadian Gaming for workers across 5 casinos. The renegotiation of contracts was a big win for casino employees and looks as though it could well have set a precedent for the future, with other employees seeking the same kind of outcome. Unions across the province have become much more proactive this year, as they seem to be working toward getting the best outcome for workers. Just this week surveillance workers a Cascades Casino voted to join a union, and they could well pursue action against their employers as well. There are a lot of things that need to be ironed out, and it is often a case of both parties compromising. However, it is pretty clear that many in British Columbia feel that the big casinos in the area do not treat their staff well, and this is potentially problematic for the casinos moving forward. 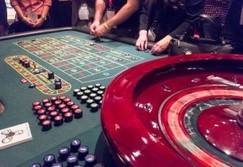 This does seem to be a positive for the future of the casino industry in British Columbia though. It means that more and more casinos are going to be taken to task over the way their treat their workers. And it seems likely that far more deals will be reached between casinos and unions in the future as well. With continued developments planned across B.C., including Gateway plotting a project in Delta, it is a good time for unions to be stepping up to the plate. This is something that is going to have a big impact on the way casinos are run all across British Columbia.