The Canadian Men's National U21 Team Qualifies for the Quarterfinals

After a disappointing turn of events during the 2019 Women’s World Cup, when Sweden eliminated Canada Women’s National Soccer Team from the competition, Men’s U19 Basketball Team boosts national pride by qualifying for the quarterfinals…

If the winning streak continues until the very end, this will be Canada’s second FIBA Under 19 WC title. The first gold was won two years ago, and basketball fans across the state are keeping their fingers crossed for the second strike. Dan Vanhooren, the Head Coach of the Men’s National U19 Basketball Team, has stated that the expectations run high this year after the bar was raised in 2017.  It was RJ Barret who led Canada to the gold that year, building a foundation for the next generation of wide-eyed boys following the 2017 squad’s footsteps. According to Vanhooren, the players are reasonably confident that they could continue the legacy and double the gold if they just remain focused. 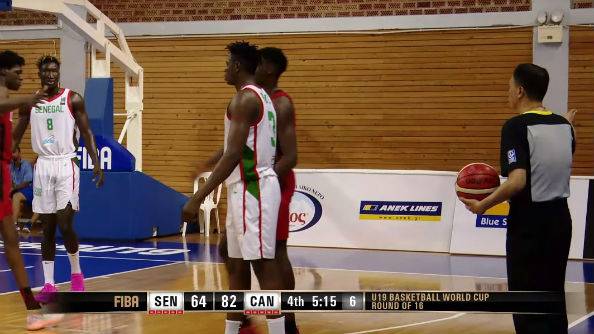 One Step Closer to the Title

After an unimpressive game against Mali, the defending champions are back in the saddle, leaving Senegal behind with 90 -79 score and getting to the point where they could almost smell the victory. Apparently, the match against Mali had a sobering effect on the team and they managed to pull themselves together before the showdown with Senegal on Wednesday, July 3.

There’s still a long way to be traveled before reaching the finals (Sunday, July 7) and to get to the semi-finals, Canada will first need to go through France (Friday, July 5).

About FIBA Under 19 World Cup

FIBA Under 19 WC is a basketball competition launched by the International Basketball Federation (Fédération International the Basketball) back in 1979. At first, the championship was held every 4 years, but as of 2007, the competition has become biennial.  The 2017 WC was held in Cairo, where Canada won its first basketball medal after defeating Italy 79-60. Since the championship was initiated, the USA team holds the record, winning the highest number of gold and silver medals:

In 2017, the year of Canada’s basketball triumph, the USA team came in third, winning bronze.