Betsoft Announces the Launch of The Slotfather: Part II 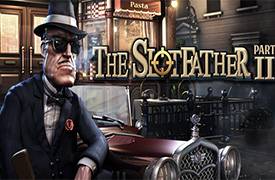 British online gaming giants Betsoft have announced the latest addition to their ever expanding portfolio of high-quality titles.

Mobsters Are Back in Town

As you may have guessed, this five-reel video slot with 243 paylines is inspired by the 1974 movie classic directed by Francis Ford Coppola The Godfather Part II, starring Al Pacino and Robert De Niro.

Players can expect an action-packed title, with many entertaining and lucrative features, with exceptional 3D graphics and an excellent soundtrack, which will definitely take you back to those days when gangsters and mafia bosses ruled the underworld.

You’ll encounter familiar faces of Snake Eyes Sammy, Fat Tony and Frankie ‘da Fixer’. Be on a lookout for hefty Bonus payouts, or win up to 20 Free Spins. Feel lucky enough? Then you can gamble your winnings with Double Up Game. Choose Heads or Tails and keep your fingers crossed.

Stephen Jackman, Betsoft Head of Product Development said the game would show the full strength of HTML5, with top-notch animations and high-quality graphics. He added the company had given its maximum to create a world-class game, a true successor to one of the most famous Betsoft release.

The fun doesn’t end on desktop, since Betsoft also announced the launch of the mobile version, so the players would have the chance to enjoy it on the go. Both versions are scheduled for release at the end of March.

Founded in 1999, Betsoft is one of the leading names in the industry, offering the innovative and advanced releases, which helped them establish their market positions with a portfolio of more than 180 games.

The main goal is to offer the most engaging, memorable gaming experience for the players all over the globe and set new standards in the business.