Betsoft Gaming is a very well-known brand in Canada. They never fail to produce, exciting, beautiful and rewarding online casino games. At top online casinos in Canada like Instacasino, Betsoft games are among the most popular. At the start of the year, Betsoft promised a blockbuster 2018. Halfway through the year, Betsoft is already living up to its claims. They promised “evolutionary gaming technology,” which we’ve seen in many games. Furthermore, their efforts have been recognized across the industry. In the last month alone, Betsoft has scooped two major awards. 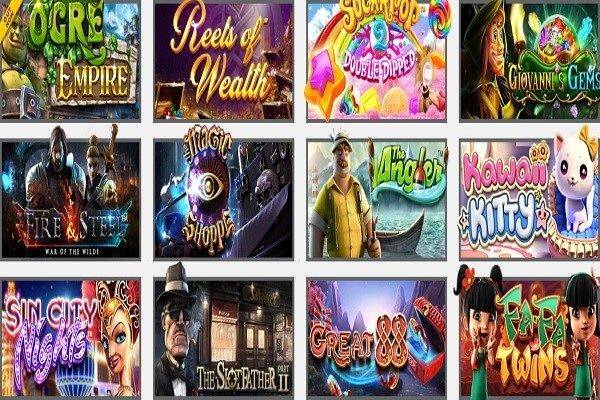 At the end of May 2018, Betsoft won a prestigious award at G2E Asia 2018. Betsoft won Best B2B Digital Platform and Software Solution. Their comprehensive suite of content and support systems helped win the award. Now, Betsoft wins yet another major award. 2018 marks the second annual Malta iGaming Excellence Awards ceremony. This year, Betsoft land Best Casino Supplier 2018. Malta is a huge player in the iGaming scene. The Maltese Gaming Authority is one of the largest governing bodies in the world. Representatives of the MGA performed the judging for the awards. Experts, legal firms and consultants also join the judging panel. Judging the winner of a Malta iGaming Excellence Award spans many criteria. Betsoft’s victory covered all criteria, but two factors made them stand out. Betsoft’s compelling content portfolio, which includes the Slots3 series, was one. The other was Betsoft’s platforms and frameworks. The Slots3 series has become the premier line of games for Betsoft. The series includes many new gaming experiences. The latest additions continue to evolve the series into a fan favourite in Canada. Betsoft continues to surpass itself. Betsoft is certainly delivering on its promise of evolutionary gaming tech. Spinners in Canada have been treated to many great new games in 2018. At LeoVegas, new Slots3 games have become very popular in Canada. These include Sugarpop 2, Fire & Steel: War of the Wilds, and Ogre Empire. The day-night feature of Ogre Empire has been praised across the industry and by fans. Next in line for release is a classic slot game. Betsoft will release The Golden Owl of Athena on June 29. The highly-anticipated Greek mythology game is expected to be a huge hit in Canada. This is despite it not being a part of the increasingly-popular Slots3 premier series of games. 2018 is proving to be the year of Betsoft Gaming. It will be exciting to see how they intend of pushing forward from such a lofty perch. Try out Betsoft’s greatest games at Mr Green with a special Canadian bonus!   Calvin Ayre: https://calvinayre.com/2018/01/22/press-releases/betsoft-brings-hot-new-innovations-sweet-release-ice-2018/   Betsoft: https://betsoft.com/media/betsoft-gaming-wins-prestigious-b2b-platform-award-at-g2e-asia-2018/ Inter Game Online: https://www.intergameonline.com/igaming/news/betsoft-gaming-recognised-at-malta-igaming-excellence-awards iGaming Business: http://www.igamingbusiness.com/press/solve-monster-problem-sunrise-and-sunset-ogre-empire