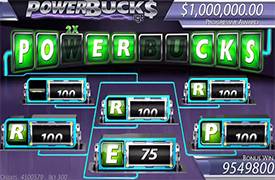 Canada’s largest casino, located on the Notre Dam Island and opened 24/7, Casino de Montreal, awarded one of the biggest prizes in its history.

One lucky customer won a staggering $1.7 million jackpot on the new Powerbucks machine, with a wager of only $15!

This is the first ever Powerbucks win since the slot arrived in Ontario and such an outcome will surely attract the armies of punters looking for big payouts.

Powerbucks, a slot developed by IGT, debuted in Canada last year, with British Columbia being the first province where the game was available.

Kevin Taylor, the President of Operations at the Societe des Casinos of Quebec, said the game was a great success and emphasized its popularity with the customers in British Columbia casinos.

The game premiered in Quebec back in January, offering the chance to win a $1 million jackpot with a stake as low as $0.50.

Taylor expressed his satisfaction with the fact the game was finally available to players in Quebec and was ecstatic that this huge payout was won at Casino de Montreal.

It is easy to understand why Powerbucks is so popular. It is an innovative game that seamlessly links online gambling and traditional, land-based slots. A large number of players, originating from three Canadian provinces (British Columbia, Manitoba, Quebec), result in frequent top-value jackpots.

Opened in 1993, the Montreal casino is owned and operated by the Societe des casinos du Quebec, a subsidiary of Loto-Quebec, with all profits going directly to the provincial government.

The casino consists of three interconnected buildings, with 3.200 slot machines and over 115 gaming tables, Keno facilities and a large number of other games in the offer. Also, the casino features restaurant, bar, meeting and banquet facilities.