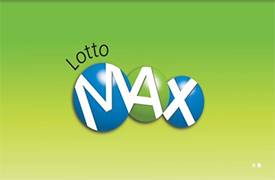 Winning a lotto jackpot can definitely change your life, but in the case of George Wilson-Tagoe, it’s doubtful this change was for the better.

It all began in March 2014, when Lotto Max draw awarded a staggering $50 million jackpot. And soon, the lucky winner claimed his prize, but there was a problem: the ticket, bought on a local petrol station had been lost.

The Jackpot Everyone Wanted

It seems the Lotto Max organizer, British Columbia Lottery Corporation (BCLC) didn’t take Wilson-Tagoe’s word on it. That was the beginning of a long and bitter legal ordeal.

After his claims were rejected by the BCLC, Wilson-Tagoe, a resident of Maple Ridge, British Columbia, filed an appeal, since the decision was made through a summary judgement. Finally, the Court of Appeal dismissed his claims, which will, hopefully, put an end to the three-years long case.

The judges decided there was no legal basis for any sort of judicial intervention, since there were no substantial evidence Wilson-Tagoe purchased the winning ticket.

In the meantime, the $50 million jackpot was awarded to the rightful winners, but BCLC revealed Wilson-Tagoe wasn’t the only one claiming the money belonged to him. A total of 739 claims were reviewed before the money finally reached the winners.

At first, it seemed the winners of this fantastic jackpot wouldn’t be found.

The whole case resembled a detective story, since it took nearly two years to find out who won the jackpot. It was revealed the winning lottery ticket was bought by the Mayhofler family, who attempted to hide their identities by signing it over to a trust fund. Since the BCLC doesn’t allow their prizes to be claimed anonymously, it took some time before all the information went public.

It was later announced the winners were confirmed merely days before the legal deadline to claim the jackpot had expired.