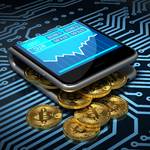 One of the reasons Canadian online casino players are flocking in droves to Bitcoin and other related cryptocurrency online casinos is for the privacy and lack of government meddling:

Unfortunately, not every online casino enthusiast is fortunate enough to live in a free nation like Canada. And in those nations where freedoms are not nearly as protected — like China — governments are starting to crackdown on crypto in a cynical attempt to retain control over their citizens’ lives.

An initial coin offering (ICO) is what happens when a new blockchain/cryptocurrency starts. It’s the process of initially offering the new virtual currency to people; once the process is complete, the coin exists and affords its holders the ability to anonymously move value around the internet.

Because it’s all but impossible to track a cryptocurrency’s use once offered, China has instead decided to go straight to the source and ban ICO’s entirely. The People’s Bank of China has made holding an ICO an illegal act, as well as slapped a ban on converting any crypto into a traditional, nation-back currency such as Canadian dollars.

The ban shook the crypto currency world slightly. Much of the promise of digital currency is its use as a tool to get around government restrictions. Therefore, the awakening of one of the world’s largest governments — which just happens to rule over more than a billion people — and its moves to retain power were jarring, if not unexpected.

In the end however, this potential earthquake seems to have been nothing more than a tremor. After losing $700 per BTC in value following the announcement of the crackdown, the price quickly rebounded back close to its all-time high water mark of $4,900 for a single BTC token.

For online casino players, the ongoing volatility of BTC and other cryptocurrencies continues to be problematic. Players don’t want to be gambling with massive price fluctuations in addition to their regular action.

However, this recent episode marks the first time that a large government has attempted to severely restrict the promise of freedom that crypto brings. Now that BTC has proven itself resilient, it’s even easier to see that the digital currency revolution is here to stay.