Under the current law, a lucky winner has 52 weeks – which is roughly a year – to claim the winnings. Once this date expires, the winner can kiss his prize goodbye. Since the expiry date was approaching, many began to fear the winner of this fantastic Lotto MAX prize won’t be found.

We can only guess what it was like for him to wait for 10 months before deciding to claim a staggering C$60 million prize. 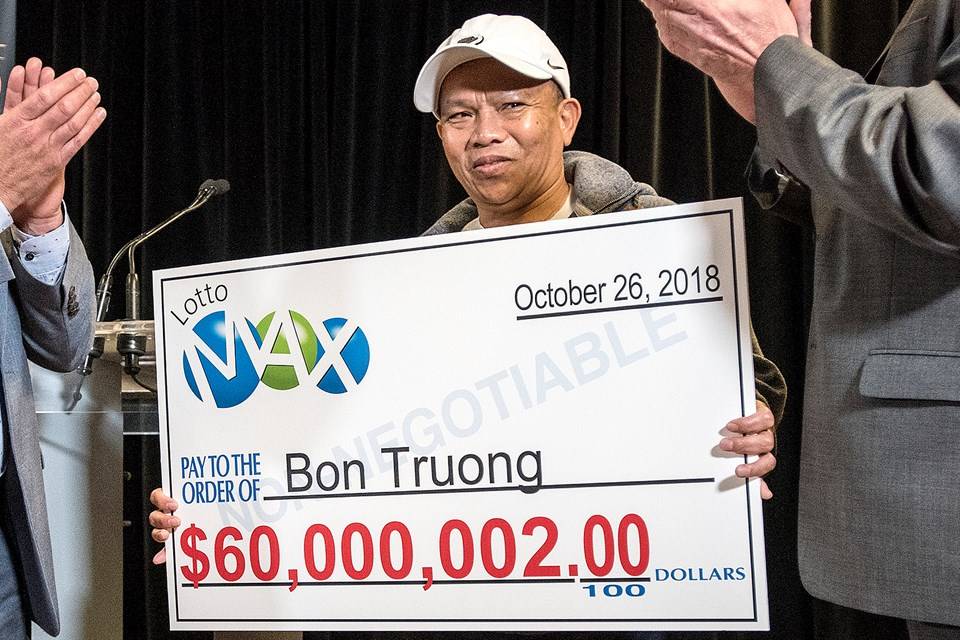 Kudos for Being So Patient

Many people stated they couldn’t believe some would let a life-changing multi-million jackpot expire, but to be honest, there were many reasons why someone would wait, as this was the sum regular folks could only dream about.

There’s the matter of practicality, as well as other factors that could – and in this case that did – cause a delay.

But fortunately, this story will have a happy ending, as the lucky winner claimed his prize. According to available information, the lucky winner from Edmonton is Bon Truong. He said he checked the ticket the next day and has decided to keep quiet for a while until his family was ready for the change the money would bring.

The draw that has forever changed his life, took place on October 26 last year, when a regular Lotto MAX draw brought this lucky punter a fantastic prize. It was the result of the numbers 2, 3, 4, 8, 9, 20, and bonus number 45.

According to Truong, who has been living in Canada for 30 years, he has been playing these numbers ever since he moved to the country.

The Lottery operator has been trying to find the lucky winner for some time now, even advertising the win and the numbers, and hoping someone will come forward and claim this prize. But after 10 months, it looked like we were coming to a dead end.

He also said he planned to keep his current job and continue playing the lottery.