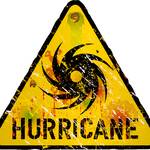 The world remains aghast at the incredible devastation that hurricane Irma has wrought upon the Caribbean. As one of the largest hurricanes ever recorded in the history of the Atlantic Ocean, Irma has carved an unprecedented pathway of destruction across every island nation in its path without mercy:

One of the islands hit the hardest is Antigua and Barbuda, a nation which online casino billionaire Calvin Ayre has worked to develop for more than a decade. Now, in the wake of the unspeakable tragedy there, the Canadian is doing all he can to help alleviate the suffering there and provide the resources needed to being the clean-up and rebuilding effort.

Antigua and Barbuda’s need couldn’t be more acute. Hurricane Irma hit the nation with winds as high as 300km/hr and inundated the island with torrential rainfall. The results were almost unspeakable — it’s estimated that as much as 90% of the nation’s infrastructure has been completely erased. Observers on the scene have described the country as currently being “barely habitable.”

It’s estimated that as many as 6 in 10 inhabitants are now homeless.

What’s needed right now more than anything is the cash required to being rebuilding the nation’s infrastructure. To that end, Calvin Are has ordered his foundation to being matching donations that are made to it for help with the relief effort.

The gesture is being widely lauded in both in the online casino industry, as well as the wider business world. Time is critical, with every day that goes by bringing more indescribable pain, suffering, and hardship to one of the world’s most beautiful countries.

If you were thinking about make a donation to help those affected by Hurricane Irma, now is the time to take action. Every dollar helps, and with the ability to instantly double your money, there is no excuse for not sending whatever you can to those in desperate need.