Canada Cup Gaming is a leading eSports company which was established in 2010. Since then, it has been very active within the eSports community and held in very high respect within the industry in Canada. The country has been embracing the use of cryptocurrencies, which is evident from Canadian banks building blockchain-based digital vaults to protect investors from attacks by hackers. Canada Cup Gaming leverages on this by developing its own unique cryptocurrency, called the eSports ecosystem token (ESE), to help expand the local eSports community.

This token is developed with the intention of solving a few problems that Canada Cup Gaming has identified which exist within the eSports community. One of the biggest problems is that the nature of the tournaments is not very friendly towards casual players. There are a few lucky ones who possess the skills and determination to win competitions and earn a reasonable stream of income. However, most casual players will usually not win anything, thus, lose their motivation and interest in the field. This could be detrimental to the industry if the community shrinks. 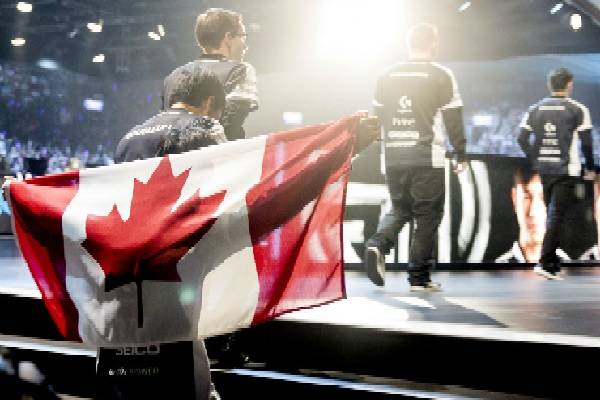 The first supply of ESE tokens will have 17% of it represented by a community cryptocurrency wallet. These tokens are to be given back to the community in various ways like bigger tournament prize pools, player sponsorships, funding gaming scholarships and advertisements to grow the eSports sector. As such, players can transition into professionals more easily with a bigger income while the increased prize pool will give more potential for casual players to also win a part of it. Not only that, the community wallet will help support event organizers in the form of supplying them with ESE tokens to make these tournaments sustainable.

To help attract more investors of ESE, there will be a “staking rewards” system where holders of the tokens can passively gain more tokens as an extra supply of income to help support gamers and organizers. In addition, Canada Cup Gaming has also designed a loyalty program called “ESE Loyalty Nodes” to encourage ESE token holders to hang on to the cryptocurrency for a longer period of time. Not only does this benefit loyal token holders more, but it will also help stabilize the ESE tokens.

While the name of the new cryptocurrency might not be the most original, it does seem like the entire thing has been well thought-out and Canada Cup Gaming will, once again, increase the industry standard of the eSports sector in Canada.