A lot is riding on today’s Canada vs Sweden match that will decide which of the two countries will be eliminated from the FIFA Women’s World Cup competition and who will progress to the quarter finals.

The members of Canada’s national women’s team are no strangers to the pressure. Although the expectations run high for both of the opposing teams, fullback Ashley Lawrence is confident that their playmates are up to the challenge.

“The way we’ve been tracking, there is always going to be pressure and expectations, and I think we do a good job of really balancing that. We understand the pressure, but we don’t let it overwhelm us or overtake us. We really separate it and we look at it as an opportunity”, says Lawrence. 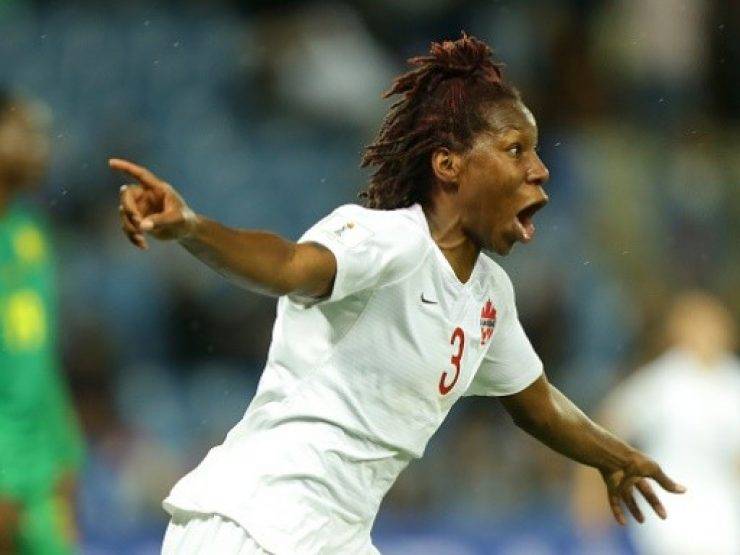 With 10 wins in a row, the Canadian Women’s team were on a winning run that ended when the team lost 2-1 against the Netherlands. The position of Canada has consequentially regressed, which meant they now face the Swedes, who finished 2nd in Group F after being defeated by the USA (2-0).

According to Lawrence, the match against the Netherlands was indicative of the team’s unison, despite the result. At this point, the main objective is to grow in the tournament and improve on any insufficiencies.

If they win, Canada’s Women National Soccer team will move the country to the quarter-finals, where they will challenge Germany, who defeated Nigeria 3-0 on Friday last week.  The sports betting odds have Canada Women as the favourites to win this Last 16 match with the best line set at +160 with Betway Sports.

Sweden May Have Axes to Grind with Canada after Algarve Cup

In light of Sweden’s defeat in Portugal last year, when Canada won the match on the penalty shootout, the upcoming game might be personal for team Sweden.

Canada Coach, Kenneth Heiner-Moller, commented that both teams have evolved after Algarve Cup, indicating that the players are not taking Sweden’s chance of a rematch lightly.

“These are two very good and very strong teams that are facing each other. It was a little different time in Algarve because both Sweden and us were preparing for something different, where we are right now, but I expect them to have been improving just as much as we have.“

Even though losing at this stage would be extremely disappointing, Heiner-Moller added that he still wanted the players to enjoy every second of the match, including the hard tackle.

The match is scheduled for 9 PM CET on Monday.