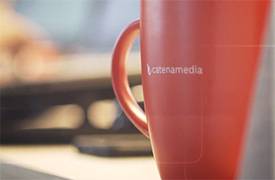 Catena Media has decided to appoint Henrik Persson Ekdahl as acting CEO, who is also a former Executive of Betsson AB and current associate at Optimizer Invest, a venture capital firm based in Malta, where Mr Ekdahl participates in the advisory board of Catena Media management.

Optimizer Invest are a major supporter of this leading industry affiliate network which have substantially developed and widened its portfolio and services with their highly assertive M&A.

The motives behind the Andersson’s departure have not yet been revealed.

“Catena Media has been through several growth stages in a short period of time. Robert Andersson’s assignment was to take the company through an IPO and later to introduce it to Nasdaq Stockholm’s main market, which he did with great results,” stated Chairwoman of Catena Media Kathryn Moore Baker in a brief statement.

She also added that a new phase starts that marks a new era in Catena Media’s success going forward with Henrik Persson Ekdahl taking over as acting CEO.

Mr Andersson had been assigned to a position of CEO of Catena Media since May, 2015, and with him in charge Catena tackled its highly assertive Mergers and Acquisitions expansion in Europe aimed at becoming a true industry forerunner in lead generation.

The former Chief Executive Officer has been credited with eminent affiliate acquisitions which involved the famous gaming review portals such as CasinoUK, AskGamblers.com, and Slotsia Sweden as well.

It is formally announced that Catena governance has obtained a €100,000,000 bond issue that will be spent towards promoting its M&A expansion and enhancing its industry network power.

It is not yet defined, though, for how long Ekdahl will serve as the acting CEO, but the company verifies that it is seeking in earnest a substitute of Robert Andersson.