Century Casinos has enjoyed an important milestone for its Century Mile Casino, as the Alberta-based casino played host to the Chuckwagon championship finals race. Indeed, the location is already renowned for Century Mile Racetrack and Casino, and this is an opportunity that will see the complex fully utilise its wonderful racetrack to help enhance Century’s reputation, and bring in more business for the casino.

The WPCA World Chuckwagon Racing Finals will take place at Century Downs in August of next year, and looks set to be a definitive game-changer for the casino. This is a major tournament in the world of horse racing, and should do wonders for the growth and popularity of the casino moving forward. The 5-day event will draw huge crowds to the casino and racetrack, and many of them will gamble as well. So, this is clearly a big draw, and marks an important milestone for Century Mile Racetrack.

It seems that the event will be a multi-year agreement with Century Downs, with spectators for the event thought to be in the region of 10,000-15,000! It is believed that the five-day tournament could bring in as much as $6 million for the surrounding economy, and the district of Rocky View County. 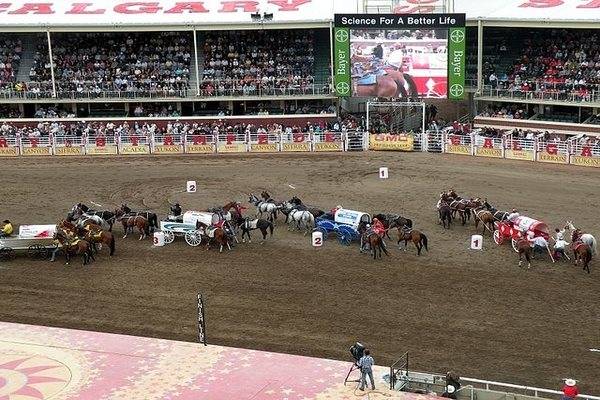 WPCA spokesperson Bryan Hebson talked about the unique event, and mentioned how, “We typically haven’t had a true finals, like what we’ll have here, in the past.” It shows the appeal of Century Downs as a casino and racetrack operation, and how well casinos can combine with other things to generate more business and revenue. This is also a good excuse for the racecourse to enjoy some sort of upgrade and renovation in time for next year’s race.

This is not the first time a casino has teamed up with a racetrack in order to get the best possible partnership for everyone involved. Back in September we heard news of a partnership between Great Canadian Gaming, and Woodbine Racetrack, which saw slots games brought to the area. This is something that made the partnership much more successful, in addition to helping attract more people to the business.

In addition to helping the casino, it is also believed that the move is going to help the sport grow, and attract more attention to it. This is something that fans of chuckwagon racing have been hoping for, and it could have a hugely positive effect on the area. We have seen a lot of controversial casino development projects over the course of this year, such as the Gateway Casinos’ controversial Kingsway project. By taking the example of Century Downs, partnering with a racetrack, or something of that ilk, could be a useful move for casino companies in the future.