The Cheltenham Festival takes place between March 13 and March 16 this year. For many horse racing fans, the highlight of the whole festival is the Gold Cup. Of the seven races on March 16, the 10:30 am ET Cheltenham Gold Cup race will be the most bet on. It showcases the epitome of jump racing to find the ultimate champion.

With so many great horses running this year, the Gold Cup is set to be an exciting race for bettors in Canada. Even though you’re not in England, you can still enjoy the thrills of the Gold Cup. Right now, you can get odds of the race at the best online casinos in Canada with integrated sportsbooks. 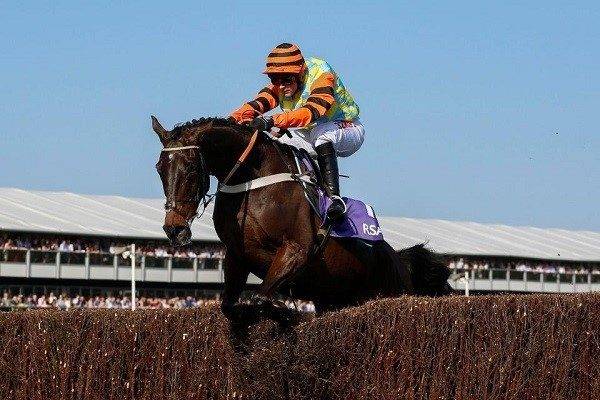 The Cheltenham Racecourse is a notoriously tricky test for thoroughbreds. With its natural undulations, stiff fences, and the make-or-break Cheltenham Hill, many great horses can struggle.

The Gold Cup is a Grade 1, Class 1 race for horses that are five-years-old or older. It will see a maximum of 24 horses run over 22 fences. The distance of the race is three miles, two furlongs, and 70 yards, or about 5.3 kilometres for the fans of Canada.

Last year, Sizing John surged to victory for trainer Mrs. John Harrington. Unfortunately, however, Sizing John has been ruled out for the Gold Cup this year. The horse has suffered a hairline fracture.

From 2008 to 2017, the most common age of a winning horse has been eight-years-old. Five eight-year-olds have won the Gold Cup over the last ten years. There have also been three nine-year-old winners, seven-year-old, and a six-year-old winner.

Legendary trainer W.P. Mullins has, surprisingly, never won the Gold Cup. For 2018, Mullins’ leading horse is Total Recall for the Gold Cup. At +1600 with William Hill, a top casino and sportsbook in Canada, Total Recall is seventh-favourite as it stands.

With Sizing John out of the picture, the hype surrounding Might Bite has increased. Described as a quirky Gold Cup favourite, the Nicky Henderson trained horse has been menacing. Might Bite ended 2017 with three straight wins and has started 2018 off with two wins. He’s the +300 favourite with the well-rated sportsbook and casino for players in Canada, Winner.

It’s set to be another great Gold Cup this year! So be sure to grab your bonuses for the best online casinos with integrated sportsbooks in Canada to get some bets down!