The rumors have finally been confirmed and Toronto Maple Leafs club has just issued a formal statement, acknowledging that defenceman Cody Ceci has officially joined their ranks, signing a $4.5M deal.

Alexandar Kerfoot is staying put, after signing a 4-year contract extension worth $14M, with an average annual value of $3.5M. 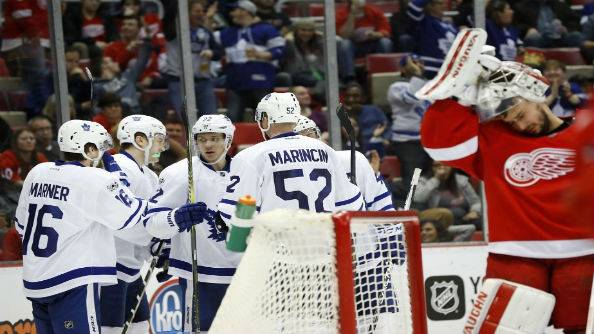 The New Contract Ranks Ceci as the Second Top-Grossing Defenceman

In the past years, Ceci scored 26 points through 74 games, matching the bar that he set back in 2015 and 2016. The latest deal has increased his value, placing him behind the currently highest paid player on Leaf’s payroll, Morgan Rielly, who will remain with the team past the next season.

Not all Toronto Maple Leaf supporters are happy with the decision and there are those who claim that Ceci’s admission into the team was an arrangement designed solely for the purposes of facilitating Nikita Zaitsev’s transfer. It was a push and pull for a while, but after the intervention of GM Kyle Dubas, Zaitsev was finally free to “pursue other interest”, or, in this case, go over to Ottawa Senators for $4.5M worth 5-year long contract.

The entire trade was rather complex, and at the glance, Maple Leafs club seems to have profited from the transaction, securing the 2020 3rd round pick as well as signing 3 players – Cody Ceci, Ben Harpur, and Aaron Luchuk.

Senators, on the other hand, received Nikita Zaitsev, Connor Brown, and Michael Carcone.

One of the reasons that the trade is finally completed was Zaitsev’s willingness to cooperate and waive the no-trade clause. Some believe that the fact he was offered $3M signing bonus made the decision easier. Out of all three, it seems that Connor Brown was the most difficult to part with, even though his latest stats were below his personal best.

Cody Ceci Yet to Reach His Full Potential

Although Ceci was admitted to Senators in 2012 as somewhat of a wunderkind in the making, the 6’2 defense player has never really reached his full potential.

Despite the time and money invested in Ceci’s development, he has been stuck at the 26-point total, which has led many to compare him with Zaitsev. It remains to be seen whether or not the change in environment will set a spark and improve Ceci’s overall sports performance.

Ceci’s 2018-2019 Corsi is far from impressive (43.96%) but the hope that Mike Babcock and the rest of the teammates will bring out the best in him prevails.