In April, Microgaming decided to release a preview video for one of their upcoming games. Posted on their Youtube channel, the new video reveals Amazing Aztecs. Microgaming is already a very popular brand in Canada. In fact, Microgaming casino games are among the highest-rated of all online casinos in Canada.

Another classic in the making 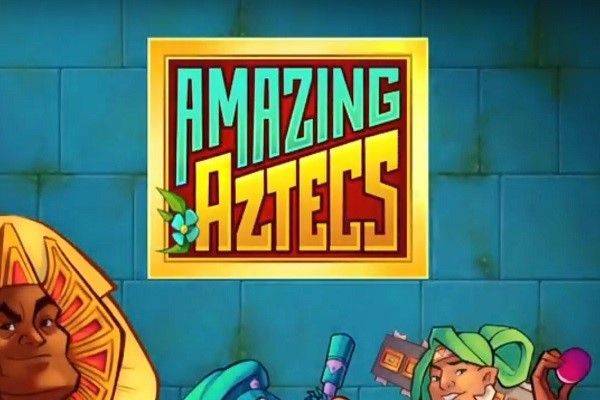 While Mega Moolah has become Microgaming’s flagship, their video slots are still loved in Canada. Every month, Microgaming releases some great new titles. Amazing Aztecs is set to be the latest in a long line of popular games when it’s released. It’s coming to the virtual shelves of the best Microgaming casinos in Canada on May 31.

Amazing Aztecs is by Just For The Win, who release content that’s exclusive to the Microgaming platform. The game features five reels, three rows, and the very popular 243-ways. One of the most exciting features is that each win can award a respin. But it isn’t a normal respin; it’s a giant respin. A symbol will be selected, made giant, and spun to add tiles. This inventive feature can lead to massive wins on top of already good sized wins.

The adventure of Amazing Aztecs in centred around these giant symbols. Getting wins and spinning in 2×2, 3×3, and 4×4 symbols lead to big wins.

Microgaming’s late-May release is certainly a unique game. The innovative features, immersive soundtrack, and fun graphics will entice players in Canada. Everyone loves the chance to land a win after already being awarded a win.

Will May be as grand as April?

Microgaming had a very strong April on all fronts. But, the games that they released were particularly impressive. Diamond Empire, provided exclusively by Triple Edge Studios, is a classy game. Played on three reels, it offers a jackpot of up to 888x the bet. The classic-style slot is still very popular.

The other April release from Microgaming is Dream Date. The five-reel, 243-payline slot game offers customization. This includes selecting the era of play and a handsome suitor. The game was very well met at online casinos in Canada. Having the option to play the game in different ways will always be popular.

After a thrilling April, Microgaming is set to have a stunning May as well. Everyone will be rife with anticipation for Amazing Aztecs.

Get ready for Amazing Aztecs with these amazing bonuses at Betway and 32 Red!