Home ❯ News ❯ A Couple Involved in A Lotto Scam, Toronto Police on A Lookout

A Couple Involved in A Lotto Scam, Toronto Police on A Lookout 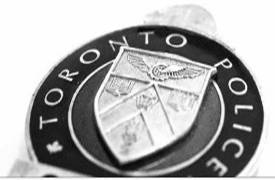 Toronto police are on a lookout for a couple accused of defrauding a 54-year old local resident.

The fraud was an elaborate plan involving a lottery scam, allegedly worth $2 million.

Fake lottery scheme is quite common among the fraudsters, claiming many victims recently. The people are advised to be extremely careful in order to avoid being conned into giving money to complete strangers.

Everything happened on September 29, 2016, while the man in question was shopping near Markham Road. He approached a crying woman, who asked him for help and informed him she had won more than $2 million in a lotto draw.

She claimed she couldn’t claim the jackpot due to the fact she was illegally in Canada. This is where the fraud became more intricate.

Another man approached, offering his help to this woman, pretending to be her acquaintance.

She then showed them the fake ticket, promising to share the winnings with them if they help her. They even went to a lottery kiosk to check out the winning numbers which matched those on the ticket.

Tempted by a prospect of an easy money, the victim of the fraud withdrew $10,000 and gave it to the woman.

The other man soon left to copy the ticket but didn’t return, while the woman complained of stomach ache. She asked an unsuspecting man to buy her a medication and by the time he returned, she had already vanished.

The police also released the surveillance footage of the two, asking for any information that could lead to their arrest.

If you’re concerned for your safety and the safety of your money, you should definitely play online and avoid problems like this.