David Baazov Sells Majority of His Shares for C$130 Million 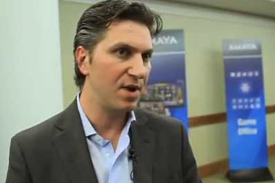 David Baazov, former Amaya chief executive officer, has sold nearly 30% of his stake in the company, which earned him C$130 million.

In March last year he was charged by Quebec security regulator AMF with 23 insider trading charges, and by August was forced to resign from his position, but still remained the largest shareholder of the Montreal-based company.

The allegations were focused around Amaya’s acquisition of PokerStars in 2014, when he reportedly secured $1.5 million in a scheme. His brother Joshua Ofer was also said to be in cahoots with him.

Baazov has been accused of disguising stock trading exploits ahead of Amaya’s purchase of PokerStars back in 2014, which is considered by many to be the most important event in the company’s history, worth nearly $5 billion.

AMF stated the case against Baazov is strong, with more than 50 witnesses to support the charges, along with an informant whose name hadn’t been disclosed yet. This man is sad to be the key witness of the prosecution in the case against Israel born businessman.

Although he sold 7 million Amaya shares, Baazov still owns 12.1% of the company or some 17.6 million shares.

He made several attempts to purchase Amaya during 2016, and the latest negotiations were successfully conducted in December.

It is still unknown what his future plans are, but they will definitely depend on the legal actions taken against him. If found guilty, it could affect not only him, but also his former employer.

Amaya was founded in 2004 and today is one of the leading providers of global gaming products and services. Its PokerStars brand, acquired during Baazov’s time in power, is the world’s most licensed online gaming brand, holding 17 licences worldwide.