Elderly Canadian Outraged After He Was Refused $10,000 Win 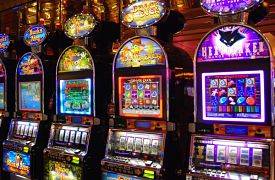 When playing a game of chance, it’s all about luck. You win some, you lose some, all seasoned players will tell you. But what to do when you win and lose at the same time? Is that even possible?

An 82-year-old Canadian was on top of the world when he won $10,000 playing slots at a casino in Ontario, earlier this year. But, to his dismay, he was refused his winnings.

John Marando was on his way to become a regular visitor of OLG Slots at Mohawk Racetrack near Milton, Ontario, since he scored couple of thousands this year alone, all on a same machine.

He will probably remember February 17 as long as he lives, since he was on a winning streak. Unfortunately, a cold shower was waiting for him as he tried to collect the money he won – exactly $10,002.

The man was told he wouldn’t get the money, and to his surprise, he himself was responsible for that. Marando had signed a self-exclusion agreement with the aforementioned casino, almost two decades ago.

Such practice is legal and quite common in Canadian province of Ontario and is often used by problem gamblers. Marando said he didn’t remember signing any sort of agreement, but since he suffered a brain injury a couple of years ago, it is quite possible it affected his memory.

Marando claims the casino is simply trying to con him, since the question of self-exclusion was never brought up earlier. He hired a lawyer and will pursue this issue to the bitter end. The main question is why did the casino allow him to play before he hit the jackpot, since the agreement clearly states the signatory has to be escorted out of the casino on sight.