Following a long line of superb games, ELK Studios has released another zinger. The niche studio often brings out a game once a month with varying release dates. This is because they galvanize all of their resources into each game. So, each game gets the same incredible level of dedication and effort. Playing the games, you can tell that ELK Studios gives each game their all. It’s why they’ve become so popular at online casinos in Canada like Casumo.

Their latest game is Birthday!, which features their trademark attention to detail and stunning graphics. The logo and game tile isn’t as eye-catching as their other games. However, the features and gameplay is certainly something to click for.

A feast of features 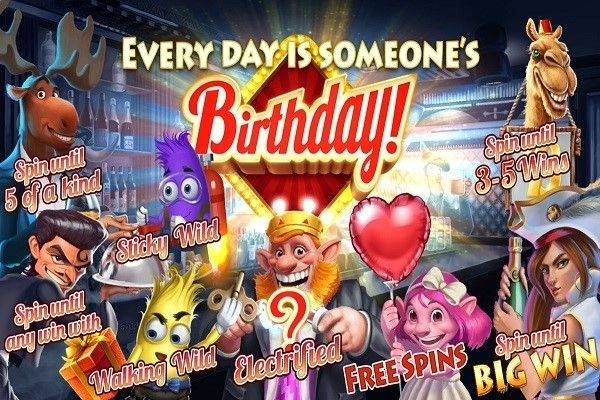 Birthday! plays on four rows and five reels. It also boasts a mighty 178 paylines. You can also make the most of ELK Studios’ special betting strategies. These include the Optimiser, Leveller, Booster, and Jumper. The games provider says that birthdays are the perfect excuses to bring wonderful people together. So, in this game, they’ve brought all of their greatest game characters.

This feature of many features in Birthday! is incredibly exciting to play. Best of all, bringing more guests to Birthday! results in combining multiple features. As more players in Canada learn of the great traits of this game, more will start enjoying its thrills. Top online casinos like The Grand Ivy Casino and Royal Panda expect this game to garner a huge player base.

More awards on the horizon?

In 2017, ELK Studios won a major award. Wild Toro was named the Game of the Year. This was at the EGR Operator Awards. The win came as somewhat of a surprise for the niche games developer. They were up against big titles from huge developers. Wild Toro overcame them all. It won the most prestigious award in the business. Since then, ELK Studios has kept up the very high standard of work.

Lake’s Five, Kaiju, and Birthday! are all phenomenal games. It wouldn’t be a surprise if one scooped another major award.