ELK Studios is becoming a recognized name in Canada. Their steady stream of game releases has seen their fan base expand greatly. Slot games like Kaiju and Wild Seas have already proven to be very popular in Canada.

On the way is yet another creative game from ELK Studios. With an Ocean’s Eleven storyline and a Zootropolis-type theme, Lake’s Five is set to be a huge hit. Now, ELK Studios has announced a release date for the highly-anticipated game.

Coming soon to an online casino near you 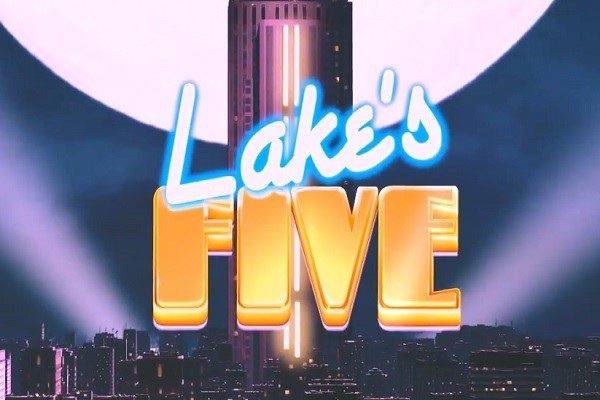 Lake’s Five sets you on a mission to complete a major heist operation. Mr. Lake, a Moose, has assembled his team of five for the heist. You and the team are tasked with saving an adorable kidnapped monkey from the evil Mr Romano. Mr Lake has also instructed you to steal all of Mr Romano’s fortune.

On five reels and four rows, you’ll join Mr Lake’s team for the heist. The team is made up of the Elmer the Elephant and Pete the Parrot. Alongside them, Alf the Alligator and Mike the Monkey will join. Then, the fifth member is Genie the Goldfish. On the slot game, you’ll seek keys to unlock features and free spins. You can also find many other wild features. These include golden, sticky, walking and climbing wilds in free spins.

Better still, paylines connect in Lake’s Five. This leads to a mighty 178 paylines to win on. The jackpot for this ELK Studios online casino game is 216,000 coins.

Lake’s Five is set to be a huge hit in Canada and around the world. Its excellent design and fun story will be the hook. But it’s the many features and exciting gameplay which will have players coming back for more. Lake’s Five will be available to ELK Studios casinos from April 10. The likes of Casumo and Casino Room are sure to see their players in Canada flock to Lake’s Five.

ELK Studios is always keen to send its players on an adventure and tell a story. Their slot games tend to transcend the genre and incorporate more traditional game features. Wild Seas hosted many features and is an interesting take on the Anne Bonny story. The recently released Kaiju is a huge hit in Canada. In the game, you battle three gargantuan monsters to save the world.

Now, Lake’s Five is primed to be another hugely popular slot game for ELK Studios.

Get your exclusive to Canada bonuses for Royal Panda and Grand Ivy to try out the great games from ELK Studios.