Evolution Gaming Is Coming to Canada 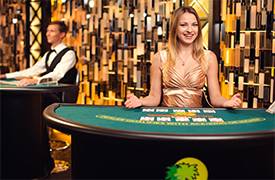 One of the largest European gambling operators, Evolution Gaming, is expanding its presence on the other side of the Atlantic Ocean with the latest deal.

After signing a partnership agreement with the British Columbia Lottery Corporation (BCLC), Evolution will open its first live casino studio outside the European continent, which will be located in Vancouver.

Evolution Gaming’s eight live casino studio will be opened in partnership with PlayNow.com, a gaming website run by BCLC. The five-year deal with British Columbia’s gambling authority will result in building a 16,000 square feet facility, with over 170 new workplaces.

The company, known for its real-time poker, blackjack, roulette and baccarat, announced the first Canadian live studio will go live by the end of the year.

All the users of PlayNow.com will have access to Evolution Gaming’s offer of ten live table games, with several different versions of poker available.

Evolution Gaming’s Chief Executive Officer, Martin Carlesund, stated this was a huge step forward for the company. He also added he was sure they had made the right choice when partnering with the British Columbia Lottery Corporation.

The same can be heard from the representative of the British Columbia Lottery Corporation. Vice-President of the BCLC eGaming department, Monica Bohn, said the new deal would bring benefits not only to the local community but much further.

The new studio is expected to become a dominant figure on the Canadian market, which will undoubtedly raise the standards and offer a top quality experience to players in Canada.

Bohn is sure the partnership with Evolution Gaming will help the British Columbia Lottery Corporation to further improve its offer and services to its customers across British Columbia, the third most populous province of Canada.