Despite the ongoing turmoil in the company, Evolution Gaming shows no signs of weakness.

In the midst of the full-blown worker strike in Tbilisi, the leading provider of live casino software has announced a supply deal with Greentube Alderney Ltd, a Novomatic Group company known for impressive portfolio of bingo, video poker, social, slots, and casino games.

With Greentube as the new partner, Evolution Gaming will be able to target demographics across markets in the UK, Spain, and Italy. Richard Poole, Head of B2C Brands at Greentube expressed his delight about the collaboration between the two companies, stating that live dealer games are nowadays an integral part of any online casino with an ambition to grow.

According to Poole, Evolution Gaming was an easy choice, considering the company’s “pedigree and market-leading products”. This is Evolution’s 5th supply deal this year, following the agreements with Lotoquebec.com and Atlantic City DraftKings in January, as well as contracts with Grand Casino Baden for the Swiss market and Planetwin365 (SKS365 Group’s brand). 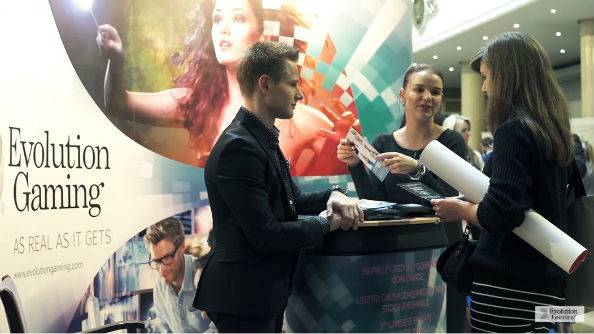 While the business successes are lining up, Evolution Gaming is currently undergoing serious internal turbulence, with Georgia workers voicing their dissatisfaction with the work conditions.

The strike broke out on July 30, when a number of workers left their posts demanding higher wages and a reform of the current working regulations. Giorgi Diasamidze, Trade, Agrarian, and Industry Union Chief stated that the workers are fighting for 50% salary increase and the reinstatement of the co-workers that were allegedly dismissed after the walkout.

Korneli Katsarava, the Shuffler Team Leader and a former employee, said that Evolution Gaming management used outdated disciplinary regulations as an excuse to serve the workers with dismissal notices.

He also claims that the workers are being intimidated and forced to stay on their posts under threats of dismissal should they take part in the protest. Since the strike started, the company hired 150 people to replace the absent staff members; the total number of those on strike is still undetermined, but it is estimated that around 400 workers were in front of Evolution Gaming’s offices during the first wave.

The Evolution Gaming has issued a formal statement for the local news, saying that the company is willing to negotiate as long as the protests are “conducted according to the Georgian law”.

The protestors advised that around 45 employees have been fired so far (some of whom received their dismissal notices via SMS), while 400 more people are expected to join the strike.