Although it was clear from the get-go that the First Person concept is here to stay, it remained somewhat of a mystery which games will continue the string of the unique RNG-Live Dealer line of products. 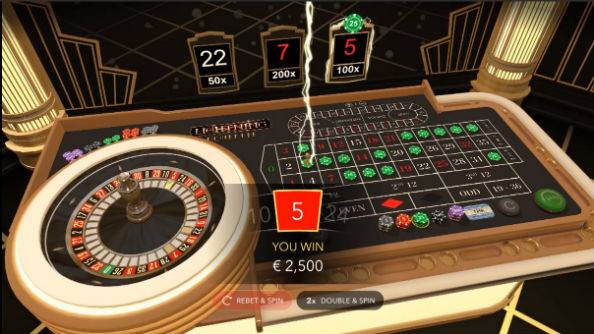 Evolution Gaming has decided to remodel the Lightning Roulette and the iconic Dream Catcher, adding the two titles to the swiftly expanding First-Person portfolio.

The choice could not have been better – the Lightning Roulette was awarded EGR’s Game of the Year (2018) and Product Innovation of the Year (Global Gaming Awards), whereas Dream Catcher holds the title of the developer’s undisputed champion and 2017 Digital Product of the Year (G2E Las Vegas).

The First Person interface is quite revolutionary, as it bridges the gap between the conventional RNG and the Live Casino table, enabling the players to switch from the 3D interface to the studio-streamed session, hosted by a professional dealer in real-time.

The Chief Product Officer at Evolution Gaming, Todd Haushalter, stated that the company will continue to use the advantages of the latest technology to assist their operators in building the player’s loyalty.

A Trail of Success

Since the year started, the company was on the roll, releasing one game after another and landing a major deal with Loto-Québec in January. Following the terms of the agreement, the Vancouver studio was expanded to include 6 additional Loto-Québec live tables, 5 of which are hosted by the French-speaking presenters.

Later that same month, Evolution Gaming signed a new US live casino supply deal with DraftKings and started streaming live dealer games from its Atlantic City studio. The end of January was marked with the company’s triumph at the EGR Nordic Awards, where Evolution received the Casino Content Supplier of the Year award.

Between February and July, Evolution introduced quite a few games to the market, including the First Person Dream Catcher and Lighting Roulette: