At the end of April, the leading names in live casino gathered in Barcelona. The Live Gaming Summit featured many presentations, discussions, and an awards ceremony. Evolution Gaming is one of, if not the biggest name in live casino. They’re incredibly popular in Canada and the rest of the world. So, Evolution Gaming was expected to do well.

At the Live Gaming Summit, Evolution Gaming walked away with one of the biggest awards of all. They won the Best In-Casino Streaming Live Dealer Provider award. Evolution Gaming claimed the award for their innovative Evolution Dual Play installation. 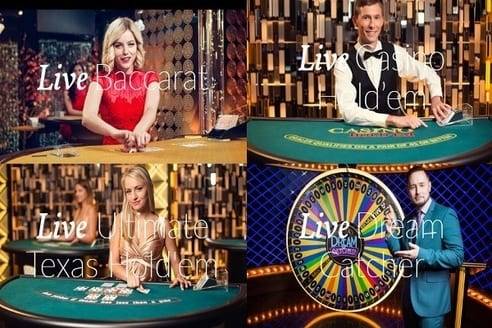 The installation enables live casino players and players at the land-based casino to play alongside each other. Whether players are on the go or at their computers, they can play live with on-premise players. These aren’t streamed from live casino studios either. Evolution Dual Play installations stream live from actual land-based casinos. One such casino is the legendary Hippodrome London. Stellar in-house, The Hippodrome online casino is also popular in Canada.

The award comes on top of a stellar Q1

The good news keeps on coming for Evolution Gaming. In the first quarter of 2018, Evolution Gaming saw a 30% increase in revenue. The live dealer games provider says that demand for their games was generally high over Q1 of 2018.

This 30% increase accounts for $77.9 million in the three months ending March 31. It’s nearly $1.5 million higher than Evolution Gaming reported in Q4 of 2017. When the news was announced, Evolution Gaming’s shares rose more than one quarter.

Try out the ultimate live casino gaming experience with Evolution Gaming at Betway and JackpotCity.