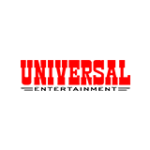 The move comes in the wake of his removal from the board of directors of Universal Entertainment Corp., which he founded several decades ago and in which he still has a 46% stake. During his time as founder and then board member, Okada grew Universal into one of the world’s largest producers of slot and pachinko machines:

Okada Holdings Ltd., which owns a majority of Universal, has also been named a defendant in the suit along with his son, daughter, and wife. Although these three have made no public comments, it’s believed their justification for ousting Okada stems from allegations of misappropriating company funds on three separate occasions totaling around $20 million over the course of 2015. This is supported by the fact Okada has been placed under formal investigation by Universal for “alleged misuse of company funds.”

For his part, Okada has vigorously denied the allegations. He claims he is being betrayed by his inner circle in what essentially amounts to a money and power grab.

He has accused his son, Tomohiro, of “turning against him” when he didn’t receive dividend payments he was entitled to, and claims he told Tomohiro he would investigate the matter. As for his wife, Takako, Okada claims she is bitter that he agreed to be reappointed to the board of Universal. Adding to the intrigue is Okada’s accusation that Universal’s president Jun Fujimoto – a former protégé – is now using the lawsuit in an attempt to take over the business himself.

A Huge Player In a $200 Billion Industry at Stake

Adding to the controversy here however, is the fact that Japan’s slot and pachinko machine industry is estimated at around $200 billion. Given that fact, the results of this internal family feud could have serious ramifications on what one of the largest sectors in Japanese gaming will look like in the future.