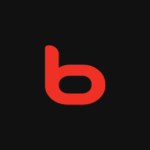 Canadians are known for being cold blooded, but it truly takes nerves of steel to stare down the US government and win. And that’s exactly what Canadian born online casino tycoon Calvin Arye just did.

The man behind the wildly popular Bodog and Bovada online gambling brands has had US felony charges against him dropped relating to alleged violations of the US’s Unlawful Internet Gambling Act (UIGEA):

The specifics of Ayre’s earnings and attempts to hide them largely became public knowledge thanks to the release of the 2015 Panama Papers.

The papers, released via an anonymous source from the international Mossack Foncesa law firm, details the intricate and clandestine world of global money laundering. This behind the scenes look into how the rich and powerful hide their money made it clear how Ayre – who has himself bragged about making a net profit of approximately $55 million in the year 2005 alone – could stay one step ahead of the American authorities.

A $100 Million Chase Around the World

All told, Ayre had stood accused of sending the US government on a wild-goose chase for $100 million across continents and countries including Canada, England, Switzerland. The US government claimed the funds had been used to illegally pay out American gamblers.

Ayre has spent years on the run from the US government as a result, although it appears the authorities had become increasingly frustrated by his ability to elude them. Unconfirmed reports also state that this included Ottawa refusing a request to arrest and extradite Ayre.

That all came to an end when the felony charges were dropped Catherine Blake, Chief Judge for the US District Court for the District of Maryland, in exchange for a $500,000 fine and one year unsupervised probation.

Ayre arguably made more of the inception of the online casino industry than any other person on the planet. That would already be enough to stake your claim to fame on.

But despite the hundreds of millions he’s made, being a Canadian citizen that stared down the US government and walked away with nothing more than a fine and a year of unsupervised probation is without a doubt the true highlight of his career.