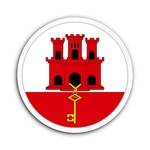 Canadian online casino players are at the forefront of the increasingly worldwide adoption of  online cryptocurrencies like Bitcoin as a payment and cashier option.

Until now, Canadians vacationing to Gibraltar would find that Bitcoin had only existed within the digital space there, without any physical manifestation of any kind.

However, that’s all changed now with the installation of the first ever Bitcoin ATM in Gibraltar. The move is being hailed as the next step in the evolution of cryptocurrency and the increasing world of possibilities it offers to players:

Enthusiasts don’t need to worry – the Bitcoin ATM isn’t going to start distributing physical money of any kind. Instead, the ATM is designed to allow people to quickly and easily purchase Bitcoin by exchanging actual cash for the digital currency.

Prior to the ATM innovation, the only way to purchase Bitcoin in Gibraltar was digitally. While it may seem counterintuitive to create a physical machine for an online currency, the thinking behind the project is simple: facilitating the purchase of Bitcoin through “traditional” hard-currency mechanisms will lead to swifter adoption by the general public.

In other words, the goal is to make the mechanics more familiar so that more than just “enthusiasts” can get involved in the project.

On the regulation front, the introduction of a Bitcoin ATM is part of Gibraltar’s ongoing quest to become a hub of activity for the entire cryptocurrency movement as a whole.

Right now, there don’t appear to be any plans for people to be able to “withdraw” their Bitcoin for hard currency. However, as the regulatory framework becomes more mature, it’s not hard to envision a point in time where Bitcoin will operate like any other traditional currency.

For now, that full-adoption still remains a work in progress. But seeing the increasing interest governments are placing on becoming players in the “normalization” of the currency, it seems to be only a matter of time before it becomes a reality.