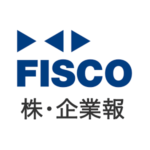 This has taken many forms; the most recent is the announcement by Japanese Bitcoin exchange Fisco that it is issuing the first corporate bond denominated in Bitcoin in the country:

While this latest move to bring Bitcoin further into the fold of accepted banking methods within the island nation is being lauded by many, there is still much uncertainty surrounding the project. Specifically, it’s unclear what the response of the Japanese government will be.

As of right now, the classification of such a financial instrument under Japanese law is potentially up for grabs. Speaking to this issue, Japanese newspaper Nikkei stated that “under the corporate law, bonds issued in money such as yen and dollars are defined as corporate bonds.”

In other words, the lack of language specifically stating crypto currency is permissible might eventually be read as prohibiting it.

That uncertainty has not fazed Fisco. The company continues to believe that they are operating in accordance with Japanese financial regulations and will ultimately be vindicated for making a bold, innovative move in the corporate space.

The reason for this optimism appears to be a combination of legal advice and a sense of mission. Fisco executives are certain crypto currency is the future and that even if there are regulatory hurdles at first, governments are ultimately going to have to bend to the new reality:

“We expect that bitcoin will eventually be recognized as a financial product under Japanese financial laws,” said Masayuki Tashiro, Fisco’s Chief Product Officer.