The gates at Honda Indy Toronto are officially open, and after Friday’s qualification rounds for Indy Pro 2000, USF2000, and NASCAR Pinty’s Series, the first race of the event, Indy Pro 2000, will start on Saturday, 9:25 AM.

Sports betting markets are already on fire, and this year’s favorites are the champion Scott Dixon and Alexander Rossi, with James Hinchcliffe somewhere towards the middle vertical.

Hinchcliffe’s teammate and countryman Robert Wickens is still not formally replaced after last year’s Pocono crash, and he is expected to drive the parade lap with the help of the hand control system. 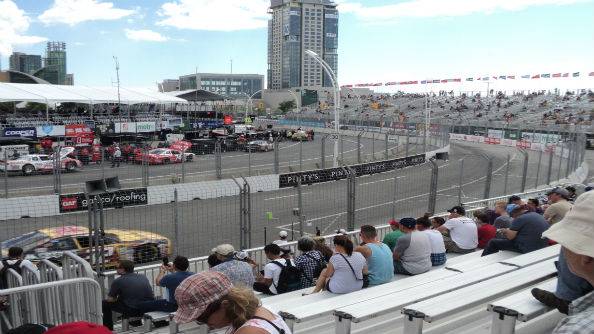 Hinchcliffe has a lot to look forward to in the upcoming weeks; after one of the most important events of the season, the veteran race driver has a wedding to attend to – his own. Before the big day, Hinchcliffe needs to go through this weekend as well as Iowa 300, and Honda Indy 200 at Mid-Ohio. It appears that he will be running on adrenaline, but after more than 90 races in less than a decade, Hinchcliffe knows how to handle the pressure.

So far, Hinchcliffe’s performance was consistent, and he hopes that the recent trend of five top 10 finishes will continue. Overall, the team is happy with the results, yet determined to improve the score and level up from top finishes to outright wins.

Swedish native, Marcus Ericsson, may not feel as unflustered as “The Mayor”, considering that this is his first IndyCar race.

Ericsson has recently transitioned from European Formula, and this is his first Toronto visit; before the IndyCar, his only encounter with Canada was Canadian F1 Grand Prix in Montreal, and the 28-year old is excited to test the new track. As the temporary replacement for Wickens, Ericsson will drive No. 7 Honda (Wicken’s No. 6 is still on hold until he returns), and some feel that this will make him a fan favorite.