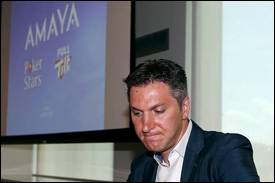 Former CEO of Amaya Inc, David Baazov is scheduled to appear at the Canada’s High Court on November 20th having been charged with 23 insider trading charges, it has been revealed.

A hearing was held on Tuesday by Quebec Court Judge Claude Leblond, who has ruled that the trial will begin in November this year, although there is still time for Baazov to attempt to find an agreement with the prosecutors and avoid trial.

Baazov has been accused of disguising stock trading exploits ahead of Amaya’s purchase of PokerStars back in 2014, and he has pled not guilty to the charges.

The acquisition of world’s largest poker network was a flagship event for the Montreal based company, but it also created plenty of problems that still haunt them to this day.

AMF appears to have a strong case against Baazov, who is believed to have been involved in a kickback scheme that saw him secure around $1.5 million in illicit gains with the help of his brother Joshua Ofer Baazov.

The Quebec regulator reportedly has no fewer than 50 witnesses willing to support their claims, with an anonymous informant also expected to have an important role.

Following an intense media pressure, David Baazov had no choice but to resign as Amaya CEO in August 2016, but he has remained the firm’s largest shareholder.

The controversial businessman has even made numerous attempts to acquire the company, but he has been unsuccessful so far.

His future plans will certainly depend on the outcome of said trial, while the Canadian company could also suffer repercussions if their former CEO is found guilty.