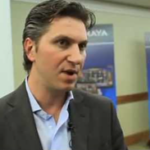 In another incredible twist in the never ending saga of Canadian David Baazov, the disgraced former CEO of Amaya Gaming (now rebranded under the name “The Stars Group”) has now been accused of stealing funds from a Kenyan charity.

Baazov is already being investigated by Canadian authorities for alleged violations of Canadian insider trading laws stemming from Amaya’s purchase of PokerStars.

These new allegations against Baazov were made by Lion’s Heart Charity, an organization operating out of the African nation of Kenya. Court documents show that Amaya had agreed to give Lion’s Heart 25% of the proceeds from its operations within Kenya to the charity.

Instead, the charity claims that the opposite happened. Not only were no funds ever donated, but Baazov and several key associates actively worked to embezzle money with the help of accounts opened at NIC Bank.

“NIC Bank received the funds from the lotteries through deposits, kept the funds safely in their custody and thereafter aided Amaya to disappear from the country by transferring the funds out of the country when their fraudulent conning scheme was discovered having defrauded unsuspecting Kenyans of hundreds of millions of shillings,” said Kennedy Odhiambo Nyagudi, who worked at Amaya and has joined in the suit on behalf of Lion’s Heart, in an interview with Business Daily Africa.

For his part, Nyagudi — who worked as an Amaya director during the alleged theft — has stated that despite the fact only he and Baazov could open accounts with the NIC Bank, he himself had nothing to do with the missing funds.

“NIC Bank’s actions have now placed me in a very vulnerable positions since I am the duly registered director and shareholder on whose immediate shoulders all problems related to Amaya shall bear,” Nyagudi said.

As for NIC Bank, they are currently fighting the charge that they were complicit in the theft, and claims there is insufficient documentation to back up any claim to the contrary. It’s unclear how long these dueling allegations will take to make their way through the Kenyan courts.

In the meantime, Baazov remains under inditement in Canada, and is now embroiled in these new accusations of financial wrongdoing. Ultimately, the only thing that is clear at this moment is that wherever Baazov goes, trouble seems to follow.