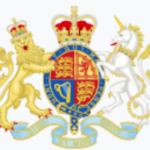 One thing everyone in the online casino world agrees on is the need to protect children. Gambling is a fun pastime enjoyed by countless responsible adults around the world — and it should always remain that way.

However, a new report by the UK Gambling Commission indicates that the increasingly common practice of adding ‘gambling elements’ to games targeting children has now spread to Facebook applications.

Potentially hazardous features within video games has been a hot topic for governments and regulators all around the world. The argument has centered around the new trend of offering randomized prizes — known as ‘loot boxes’.

Supporters have argued that because these randomized prizes are not cash, they are not gambling. Critics charge that because the loot boxes can be purchased, and because the items won often have black markets crop up around them — which allows players to exchange them for cash — there is a cash-to-cash incentive that makes them, de facto, no different than cash gambling.

In the report, The Commission argues that this trend of slipping gambling into children’s games through the backdoor is becoming increasingly aggressive via Facebook applications.

As evidence, it points to the fact that numerous Facebook app games use the iconography of popular children’s programming such as The Flintstones, while offering gameplay that mimics, if not copies, slot machine gameplay. The Commission argues that the fact that money isn’t exchanged is irrelevant, since the intent is for these games to be a sort of gateway drug to real money play once the child comes of age.

“Among young people who have ever played online gambling-style games, a quarter had spent their own money on any gambling activity in the past week, significantly higher than the average of 12% among all 11- to 16-year-olds,” the Commission argues in the report.

For now, it remains unclear what effect, if any, the Commissions’ report will have on how Facebook regulates its games offerings. Recently, several record breaking fines have been handed down against online casino operators who failed to live up to their duty to players.

All stakeholders are committed to making sure that gambling is an activity only enjoyed by responsible adults. While it may take a bit of time, one thing is for certain — Facebook, developers, and regulators alike will be working hard towards striking the proper balance for protecting children.