Gaming Giants up the Ante With Summer Slot Releases

It has been a big summer for Canadian gamers as many of the biggest names in the industry have unleashed a slew of blockbuster games. The world of online casino gaming is big business in Canada, and across the provinces slots are the order of the day. They represent the most accessible online gambling experience, and this is why developers spend so much time and money getting them right.

Well, the great news for Canadians is that this summer has seen an embarrassment of riches on the slots front. Gaming developers really have gone slots crazy this summer, with a multitude of new releases throughout July and August. Some of the leading names in the business are showcasing their impressive new slots just in time for the summer surge.

In fact, many big names including NextGen Gaming, Big Time Gaming, Yggdrasil, and Quickspin have all released popular and acclaimed slots this summer. Among the titles players can enjoy are Eastern Emeralds, Penguin City, and Kingdom’s Edge. And, it’s important to remember that this is not the first surge of online slots offerings we’ve had in the past month or so. 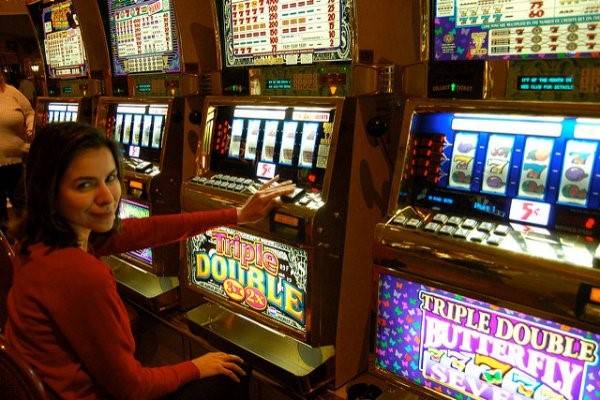 Indeed, just a few weeks ago some of the biggest names in the industry also unveiled some wicked summer games that many Canadian gamblers will no doubt be familiar with. Red Tiger Gaming and Playtech were among the big hitters who also saw games released this summer. So, what is it that has led to such a surge in summer slots releases this year?

Well, there could be a number of reasons behind this, primarily that the summer is traditionally a good time for online casinos, when people are happy and optimistic. But, there could also be a more pragmatic reason – it could be the success that a lot of companies have enjoyed with slots this year. This would certainly be a big influence in the decision-making of these industry giants.

Indeed, we have seen this kind of thing on a smaller scale as well. Last month, following the success of Stormcraft Studios’ Fortunium slot game, Microgaming announced a collaboration with the studio for an Agent Jane Blonde sequel game. This shows how often the big hitters in the industry will make decisions based on the success of previous ventures.

But it could be more than that. The industry is so competitive now that developers are having to do everything they can to stay competitive. Even the biggest names in the business recognise the importance of the. Play’n Go CEO Johan Tornqvist just last month spoke of the provider’s need to stay relevant, and this is a school of thought that could well link to this slew of summer “blockbuster” slot releases.

With news of Microgaming planning an epic slot odyssey in August as well, the summer is looking good for the slot connoisseurs across the country. August and September will be important months in the world of online slot gaming, and it is important to watch this space and see if any provider takes big steps to try to leave the competition trailing in its wake.