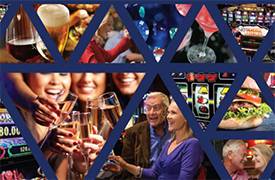 Canadian Gateway Casinos & Entertainment Ltd has announced the company was negotiating a sale-leaseback agreement with various investors from Asia and North America.

The topics of the talks are three Vancouver properties of the company, worth more than C$500 million.

According to Gabriel de Alba, Executive Chairman of Gateway, the British Columbia-based gaming company should successfully complete the negotiations and sign the deal by September.

No Details So Far

De Alba was a bit secretive about the whole issue and didn’t want to reveal the names of the interested parties.

What de Alba did reveal was that some European firms had shown interest in the Vancouver properties and that the company had already started a process of monetizing its real estate portfolio. De Alba added that a number of local and international developers had approached the company, but again, he didn’t reveal any details whatsoever.

He said the formalization of the process was attracting new bidders, both local and foreign-based.

Gateway’s real estate portfolio includes undeveloped land without any facilities, but apart from the three sites in Vancouver, the total value of it has not been made public.

There is a wide variety of proposals at this moment, from the development of condos, hotels and cinemas, to an Asian marketplace, while the focus is on facilities that could attract casual gamers looking for different forms of entertainment during their stay.

Since 2010, Gateway is owned by The Catalyst Capital Group Inc, which reduced the company’s debt by around C$1 billion and invested C$200 million.

So if you plan a vacation for Canada Day, Gateway Casinos & Entertainment Ltd has everything you’ll need to fully enjoy the holiday.