Gateway, one of Canada’s largest casino operators, has finally revealed developmental plans for Starlight Casino, so far, the company’s largest investment in the province of Ontario.

The cost of the project was estimated at approximately $75M, and the setup is expected to generate around 700 permanent job posts. 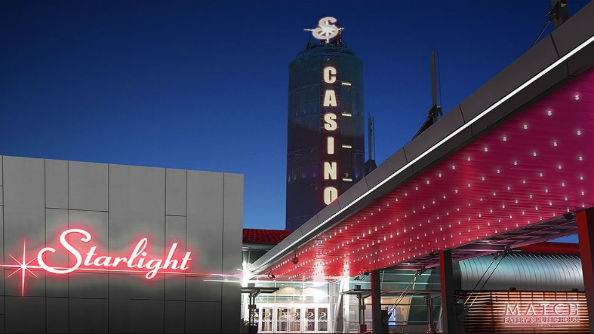 With 900 slot machines, 40 tables, restaurants, and live entertainment, Starlight is so much more than Gateway’s star project – it is also a stimulus of the province’s economy.

The proposed location is Wonderland Road, which is the region’s commercial epicentre, and the operator is currently in the midst of the application process for obtaining the re-zoning certificates and permissions. Once approved, the construction works are scheduled for early September.

According to the Head of London’s Chamber of Commerce, Gary Macartney, the position of the venue is the key to its commercial success. Macartney stated that the location was carefully considered and planned in accordance with the possible advantages for both Gateway and the residents.

Carrie Kormos, the Chief Marketing and Communications Officer, was upfront about the operator’s future strategies. The current objective is to transform the area into the center of entertainment and hospitality, with a chain of family restaurants and recreational facilities.

The construction of 2019 Starlight is actually an extension of Gateway’s 2017 mission when the operator attempted to upgrade their Western Fairground casino. Sadly, the project was stunted by the bureaucratic convolutions and Starlight casino has emerged instead. As soon as the new casino is complete, the Western Fairground staff will be transferred to Starlight.

The operator’s contribution to the state’s gambling industry has been acknowledged at the 2019 Canadian Gaming Summit, in Alberta, where two of the company’s Casino Rama employees were presented with the First Nation Canadian Gaming Awards.

Lise Kwekkeboom, Marketing Services director was honored with the Gaming Leadership Award, and Robert Commanda received the Gaming Employee of the Year Award.