The staff from the operator’s Orillia and Innisfil venues has already received their dismissal notices, and it is uncertain if additional layoffs will follow.

Just recently, the operator has revealed the company’s plans for Starlight Casino, which are estimated at around $75M. The project is expected to generate 700 jobs, and the latest developments are at odds with the past projections. At this point, it almost seems as if Gateways chew more than they could swallow, which ultimately resulted in leaving quite a few employees behind.

The decision was made as a part of the reorganization process which resulted in cutting down the hours and the family-friendly services in the two resorts’ dining zones. Staff reduction was the next logical step, followed by the operator’s investments in the expensive surveillance equipment that will cover the entire complex.

The Management Team Under Reconstruction as Well

It seems that the infantry is not the only one to take the blow of the budget cuts. As a part of Gateway’s business strategy, the Gateway Casinos Innisfil and Casino Rama Resort will undergo some managerial restructuring as well. 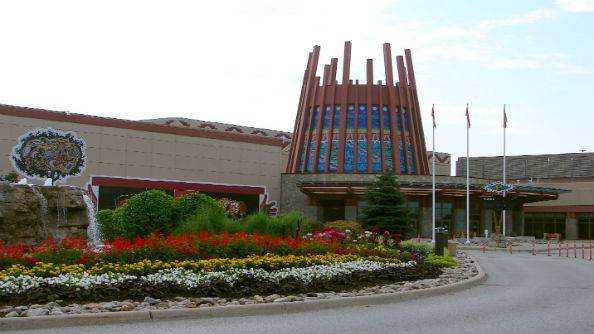 Gateway also offers the exit incentive program option, with a monetary settlement for those willing to leave on their own accord.

The President of Unifor Local 1090, Corey Dalton, has expressed his profound disappointment with Gateway’s decision, underlining that the layoffs took place immediately after the legal requirements for the action were met.

Gateway has not commented on the allegations that the company places “profit before people”, nor did they explain why the notices of layoff were sent one year after the operator acquired the casino. Long-time employees are even going as far as to voluntarily giving up their posts, accusing the new management of deliberately dismantling the casino.

An employee who requested to remain anonymous has pointed out that the management is not even trying to maintain the façade of effort, and that the place is literally falling to pieces.

The claims were substantiated by Dalton, who reflected on Gateway’s lack of competitive strategy while other casino operators are diligently marketing their brands.

The initial “bumping process” meetings were held this past weekend, and July 29 is set as the exit date for the majority of junior employees.