Goddess Of Asia Released By ReelNRG 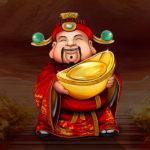 ReelNRG, one of the world’s leading developers of online slots and progressives for the Canadian market, has released its newest slot title Goddess of Asia, the company said in a statement. A riff on the popular Asian theme, the game is already being hailed as one of the best new additions to the genre in recent memory.

“We are thrilled to announce the launch of Goddess of Asia, a game that captures all the magic and mystery of the ancient orient with tightly modelled gameplay and colourful design,” said Calvin Kent, ReelNRG CEO Calvin Kent.

Goddess of Asia is winning accolades for the incredibly amazing way in which it incorporates the classic asian themes that players love. Not the least of which is the stunning background, which frames the game board in a sensual sunset awash with deep reds and beautiful pinks that capture the essential beauty of Asian culture.

The iconography is also classic yet innovative, with symbols such as exotic fans, enticing Geisha, and of course, gigantic mythical dragons that make gold appear out of nowhere.

Beyond merely looking the part, Goddess of Asia also captures the love of gambling that epitomizes Asian culture. The game is a 3×5 reel slot that offers up tons of action including free spins, stake multipliers, and expanding wilds in order to give players the thrill of staying in action and winning big.

But the best feature from the Goddess of Asia is the game’s namesake. Her symbol will substitute for any symbol other than the Scatter and instantly double players’ payouts. With a mythical power like that, it’s not a stretch to say that she is the goddess not only of Asia, but of players’ bankrolls as well.

All together, the combination of breathtaking visuals, huge slots action, and big payouts makes Goddess of Asia one of the best new slots titles to ride in on dragon scales in a long time.

“We are committed to providing players with exciting and intuitive gameplay experiences, and I am sure slots fans old and new will love the game’s innovative bonus features,” Kent said.