Canadian gaming giants Great Canadian Gaming have been locked in negotiations with UNIFOR over new deals for staff at certain casinos. UNIFOR is representing the five casinos, and the team members working at each. Reports have surfaced in the past 24-hours that the staff members in question have voted in favour of changing and implementing a better and more attractive compensation package.

It has been reported by UNIFOR that close to 1,800 workers will benefit from proposed new contract agreements. These workers are spread over 5 Great Canadian casinos in the Ontario province, Casino Ajax, Casino Woodbine, Elements Casino Brantford, Great Blue Heron Casino, and Elements Casino Mohawk. UNIFOR commented on the deal stating that they were delighted the agreement would “… reward our team members, and recognize their work and contributions.”

Great Canadian has close to 10,000 employees spread over 28 different casinos in the Ontario, B.C., Nova Scotia, and New Brunswick provinces. Founded way back in 1982, the company is one of the biggest names in the Canadian gambling industry. The agreement will have been welcomed by Great Canadian who pride themselves on being a community-focused casino. In fact, the company is reported to invest more than C$2.5 million per year in the local community, last year supporting close to 2,000 Canadian charities. Through the company’s PROUD initiative, Great Canadian contributes a lot to the local community and various charitable causes.

This agreement with UNIFOR is bound to be good business for Grand Canadian, as it shows that the company is continuing its stance of looking after its workers, and supporting local people. While the details of the agreement have yet to be revealed, the fact that negotiations have taken positive steps is really important. 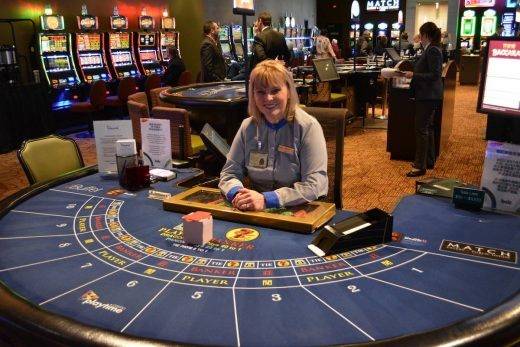 UNIFOR, the largest union for casino workers in Canada’s private sector, is concerned with social justice and equality across the country. In fact, UNIFOR National President Jerry Dias even attended a rally for casino workers who were on strike. The company represents more than 300,000 workers, and the ground it has made as a result of this agreement is something that bodes well for the rest of the workers in the future. And this follows news of UNIFOR also ratifying new contracts with Canadian Kraft Paper. The union is obviously making a name for itself across Canada at the moment.

The news came even as there were questions posed about the future of Great Canadian, and whether the company would take a fall, or even end altogether. This followed the news of potential links to money-laundering by Asian criminals that were traced to the casino. However, as Great Canadian has recently appointed Christopher Hart to its gaming board, things could certainly be moving in the right direction.

The agreement between Great Canadian and UNIFOR represents a positive development for Great Canadian, and gets them back on track after a trying year. It also seems clear that the move could set a precedent for other casino and gaming organisations in the area to enter into similar agreements with UNIFOR.