Home ❯ News ❯ Grewal May Not Resign After All

Grewal May Not Resign After All

There has been a big problem with gambling across the country over the past year or so, and this has been exemplified further by the fact that politicians have been caught up with issues like money laundering and problem gambling. Back in September of this year, there were developments that appeared to see Senator Larry Campbell caught up in the British Columbia money laundering debacle. There were calls for Campbell to resign following the revelations, and further doubt was cast on the gambling industry.

And more recently there have been other revelations that have shown the extent of the problem with gambling and money laundering in Canada. Former Liberal MP Raj Grewal was recently exposed as having a gambling problem, prompting his resignation. Indeed, the RCMP had been investigation Grewal’s gambling activity for several months, and discovered the extent of the problem he had. Grewal made the decision to resign as news of his addiction came to light, but that certainly wasn’t the end of the matter. 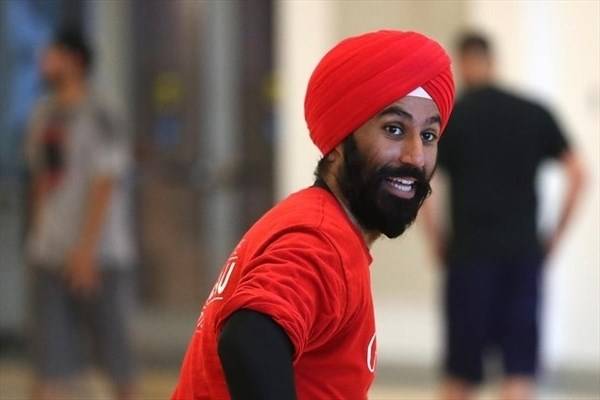 It now seems that Raj Grewal has taken something of a U-turn with regards to his resignation, and has decided not to resign after all. The former MP said he is rethinking his decision to resign, and has repaid his gambling debts. Grewal continued by stating, “In a highly emotional state, completely exhausted and facing an extreme time constraint, I made an unadvised and irrational statement on Facebook that I would be resigning my seat.”

What has prompted this change of heart remains unclear, but it seems certain that Grewal doesn’t want to resign. The question only remains whether his position is still considered tenable after the recent revelations regarding his problems. There are also questions about when the party knew of their colleagues problems, and the reports into his gambling activity.

Grewal insists that all his debts were personal loans he had taken from family and friends, and that all of them had been presented by check. He insisted that there was nothing untoward going on, though some inside the Liberal camp claim he lied about his debts. And now it seems that the MP has decided he won’t quit over the allegations, meaning he will have to face yet further scrutiny. That is unless his party make the decision to fire him, which remains a possibility.

It seems like Grewal feels he has endured adequate punishment as a result of his addictions, and that repaying millions in debt has seen him serve his time. He claimed that his sins were not based on corruption and dishonesty, but, instead, were borne out of human frailty. Now, the question is whether his reversal of resignation will be accepted by those at the top.

This is something that also poses a lot more questions about the true extent of problem gambling in the country. It is an issue that seems to be getting worse, and is now affecting people in positions of influence. This could certainly create more problems later down the line.